(Dallas, TX) – Lakewood Brewing Company is excited to release Grand Allowance, the second of three beers in a miniseries within their limited Legendary Series brews, which will span over a year period. The Legendary Series is LBC’s specially brewed beers inspired by both worldly and local myths and legends, each brewed only once with the intention of never being brewed again. 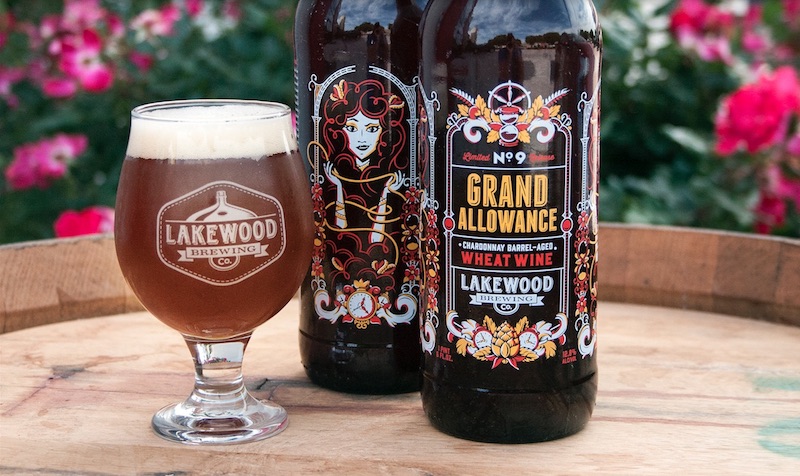 The ninth individual release in the limited Legendary Series, Grand Allowance is a Chardonnay barrel-aged Wheat Wine clocking in at 12.8% alc/vol. Like Thread Spinner, the bourbon barrel-aged American Barleywine before it, the idea is to grab a couple bottles – one to enjoy now and one to cellar.

“We’re excited to continue this story and series of beers, showcasing the amazing qualities that come with barrel-aging,” stated Wim Bens, Founder & President of Lakewood Brewing Company. “We love seeing how these different malt bases and barrel-aging techniques bring a unique spin to each release, especially how they relate to each other.”

The Trilogy chosen for this project is based on the famous legend of the Three Fates – Clotho, Lachesis, and Atropos. The three sisters determined the fates of both Gods and mortals alike with their infamous thread of life. One sister spun the thread (birth), one sister measured the thread (life), and one sister cut the thread (death).

The brewery once again enlisted the artistic talents of illustrator Nathan Walker to create the
visually dynamic bottle art for the series. “We want to capture someone’s attention immediately, and Nathan’s art is always phenomenal at doing just that,” stated Bens. “Once all three are released, you’ll be able to put the three bottles together for a beautiful, eye catching triptych.” LBC has also used Walker’s illustrations for their Seduction Series and DFW collaboration brews.

Collectors and craft beer fans can enjoy Grand Allowance available in stores now, both on draft and in 22oz bottles across DFW, with additional markets to follow. Be watching for Grim Shearer, a Rye Wine aged in rye whiskey barrels and the third and final release in the Trilogy, this fall.