(Boulder, CO) — Avery Brewing Company, a Boulder-based craft brewery and maker of White Rascal Belgian-Style White Ale, is thrilled to announce that it is headed back to Connecticut. After pulling out of the state due to production constraints, Avery Brewing Company was able to reestablish previously existing distribution relationships and meet production needs to supply Connecticut again. Whether new to Avery Brewing or an existing fan, Nutmeggers will be able to find a wide selection of Avery’s beer line-up on draft and in stores starting on April 17th,  including White Rascal Belgian-Style White Ale and El Gose German-Style Sour Ale, as well as the “Botanicals & Barrels” series, including acclaimed Raspberry Sour and Vanilla Bean Stout. The entry into Connecticut will mark state number 35 for Avery Brewing’s U.S. distribution. 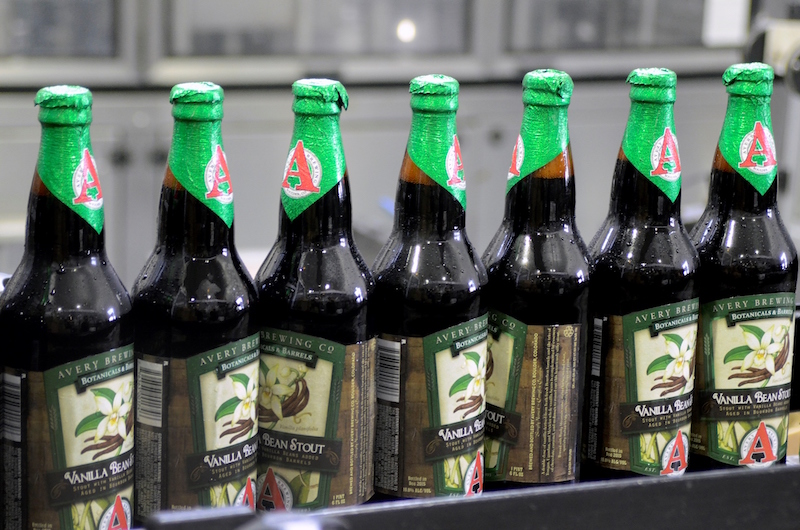 Avery Brewing will be distributed by Northeast Beverage Corp. and Hartford Distributing, Inc.

“Fans from Connecticut are loyal,” says Dustin LeMoine, Director of Sales at Avery Brewing Co., “and have been asking for our beer ever since we had to leave the state. In fact, we got more requests from Connecticut than any other new market and that’s really exciting for us. It feels good that our Connecticut fans will be able to buy our beer in their home state again”.

“We are very excited to be relaunching this world class brand in Connecticut,” says Michael Ward, Craft Beer Manager at Northeast Beverage Corp. “Avery is one of the most respected breweries in the craft world and we are confident that the Connecticut craft community will embrace their return!”

To celebrate this launch, Avery Brewing Co. beers will be at a series of events listed below starting on April 17th. The beers will then start to hit shelves across the state in the days and weeks to follow.

To find the locations that will carry Avery Brewing beer on draft or in-store, please use Avery’s Brew Finder and enter a zip code.

Avery Brewing Company is a family-owned craft brewery in Boulder, Colorado. Since 1993, Avery has pioneered innovative beers by blending the art and science of brewing with ingenuity, creativity, and boldness. Avery bottles and cans more than 30 beers a year including White Rascal Belgian-Style White Ale, The Maharaja Imperial IPA, and Raspberry Sour. Craft your journey at averybrewing.com.