(Rehoboth Beach, DE) – Founders Kevin Finn, Mark Edelson and Kevin Davies are thrilled to announce that Iron Hill Brewery & Restaurant, the Mid-Atlantic region’s most-awarded and fastest-growing collection of brewpubs will open in Summer 2018 at 19791 Coastal Highway in Rehoboth Beach, just south of Tanger Outlets Rehoboth Beach. This will be the third Delaware location for the Wilmington-based company, and their 14th planned location on the East Coast. Since opening their original brewery and restaurant in Newark, DE in 1996, Iron Hill has remained dedicated to producing from-scratch food and hand-crafted beers in a warm and hospitable setting. Their 2016 equity investment from A&M Capital Opportunities positioned them to continue their plan for careful growth, with more brewer-driven locations expected to open over the next several years. 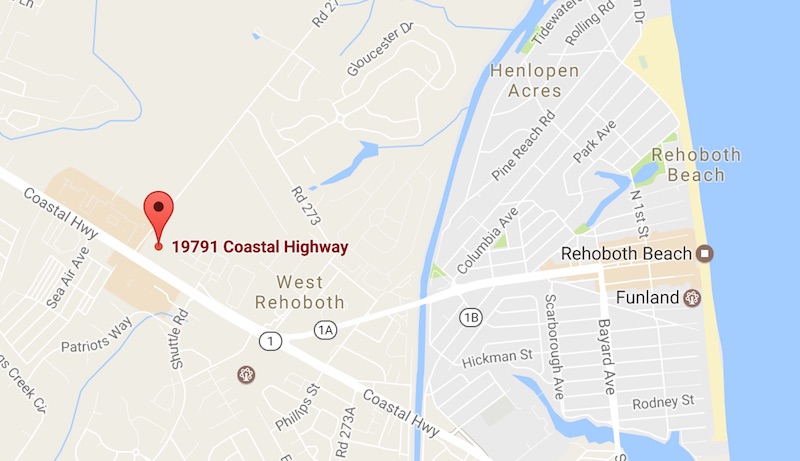 Finn, Edelson and Davies are viewed as innovative business leaders in their home state of Delaware and in the Mid-Atlantic region. They started Iron Hill at a time when small breweries were just beginning to gain mass appeal around the country and their forward-thinking concept – each individual location has their own head brewer – helped change overall perceptions about brewpubs. Delaware has seen a significant craft brewing boom in recent years and Iron Hill’s long-standing popularity among locals helped lead to the state tourism agency’s development of the Visit Delaware Beer, Wine and Spirits Trail in 2010. Iron Hill Rehoboth Beach will join fellow craft beer pioneer Dogfish Head Craft Brewery and six other breweries operating in Southern Delaware, one of the trendiest destinations for craft beer in the United States.

“As we continue to grow, we also wanted to deepen our commitment to our Delaware roots,” says President and Co-Founder Kevin Finn. “Our guests have long asked for us to open a location at the beach, and we are excited to join the thriving restaurant and brewing community in Rehoboth.”

Iron Hill has been widely recognized for their hands-on approach and ongoing charitable endeavors in the communities they serve, especially in Wilmington and Newark. Since 2005, the company has donated more than $260,000 to CureSearch for Children’s Cancer throughout the region, helped raise over $230,000 to support efforts of the Food Bank of Delaware in the past three years and given back over $70,000 in additional support to various charitable partners across Delaware alone over the past decade, including: Water is Life Kenya, UDance, Grand Opera House and Variety – The Children’s Charity.

Named after the historic Revolutionary War landmark in Delaware, where General George Washington battled the British, Iron Hill is among the most enduringly successful craft brewers in the United States. Their 20-year consecutive winning streak at the Great American Beer Festival (GABF) includes 45 total medals and is the longest by a craft brewery in GABF history. Iron Hill has also earned the coveted “World Champion Brewpub” title at the World Beer Cup (WBC) three times and Brewpub of the Year title at GABF once.

“We are excited to have one of the best restaurants in the Mid-Atlantic region join Coastal Station,” said Developer Todd Bariglio, who will begin construction on Coastal Station in June. “Coastal Station will be Delaware’s most premier real estate development and we couldn’t have asked for a better tenant than Iron Hill.”

Iron Hill Rehoboth Beach will reflect the same open and family-friendly atmosphere found inside all of their popular locations in the region. The menu will highlight their original chef-driven and brewery-inspired philosophy, with gentle nods to seasonal beers and regional ingredients, including their Gold Medal Stout dessert, an educational partnership with the University of Delaware that combines hand-churned chocolate ice cream with Iron Hill’s gold-medal-winning Russian Imperial Stout.

“We are very proud of our award-winning beers, but it is pairing these fine products with the creativity of our chefs that keeps guests coming back,” says Finn. “Whether it is using spent grain or malted barley spice in our from-scratch recipes, Iron Hill is committed to bringing out the best in beer and food.”

About Iron Hill…Founded by home brewers Kevin Finn and Mark Edelson and restaurateur Kevin Davies in Newark, DE 20 years ago, Iron Hill Brewery & Restaurant has blossomed from one restaurant and brewery to 13 locations across the mid-Atlantic.  Each restaurant is dedicated to producing and serving top-quality hand-crafted beers and cuisine in a warm and hospitable setting, and all are open seven days a week for lunch and dinner.  They debuted their 12th location, in Huntingdon Valley, PA, in August 2016, and Iron Hill Center City will open in spring 2018.