(Paso Robles, CA) : You could say that Brewmaster Matt Brynildson has been waiting his entire career for a mandate like this: to riff freely in the brewhouse without formal recipe or restraint while plundering the many marvels of the hop revolution. 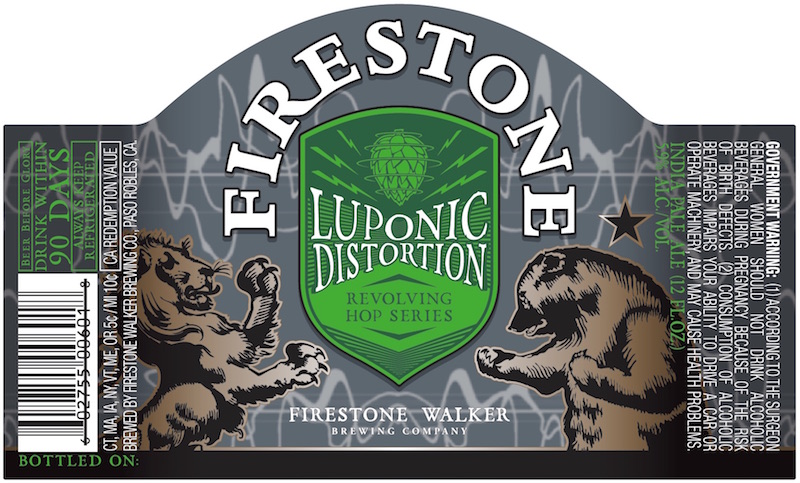 This mandate has begotten Luponic Distortion—a new series of rotating beers built around experimental hops, with each release designed to showcase the possibilities of pure hop aromas and flavors without any assist from adjuncts.

“Every time someone goes to drink a Pivo or Easy Jack or other Firestone beer, it should taste the same every time,” Brynildson said. “That all changes with Luponic Distortion.” 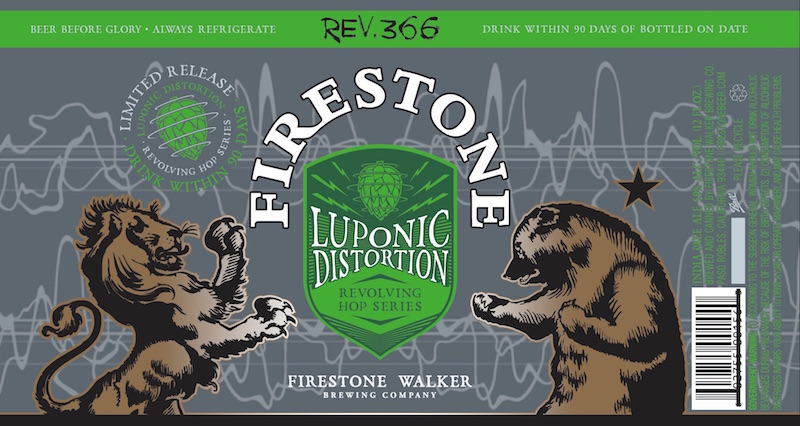 The base beer will remain the same with each new release, but the hop blend will change every time, so that no two releases will be exactly alike. As many as nine different hops will be included in each release, with up to six used in the dry hopping alone. However, with each release, the brewing team is going to turn up the volume a different featured experimental hop, which will be dry hopped in greater quantity than the others.

“We can completely evolve, change and redirect this thing as new hops come to us,” Brynildson said. “Luponic Distortion is this beer that can keep morphing and stay interesting and remain out in front of this crazy hop wave.” 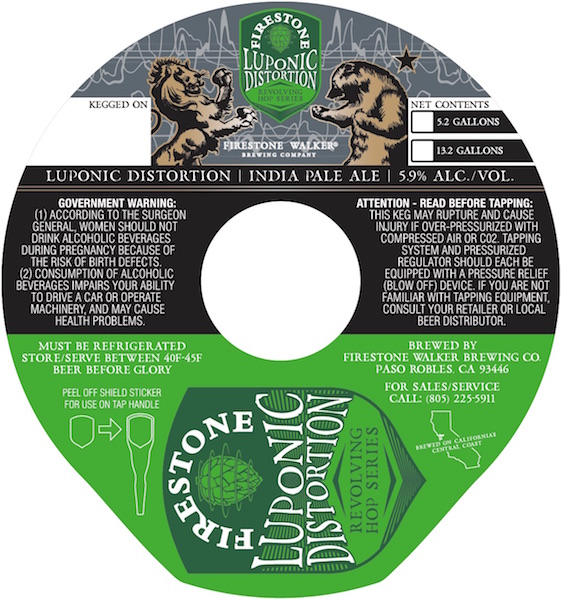 Brynildson noted that the hop market was once largely controlled by industrial breweries. Then small craft brewers came along and expressed interest in hops that were better and different, opening the door to a spectrum of new possibilities. But since it takes a minimum of eight years to develop a single new hop cultivar from breeding through commercial availability, the full brunt of the hop revolution is only now being felt from the Pacific Northwest to Germany and beyond.

“The door is now being blown wide open on all of these insane new experimental hop varieties, and Luponic Distortion is our opportunity to plug into them.”

Accordingly, Luponic Distortion represents an intentional departure from the heavier style of many IPAs. Instead, it aims for a razor-like brightness, providing a clean platform for the hop aromas to pop as vividly as possible.

“We’re going to be able to push aromas and flavors forward in this beer that might make you swear there’s a fruit adjunct in there, but we’re going to do it with pure hops,” Brynildson said.

For Brynildson, Luponic Distortion is a dream come true, and the outcome of a longtime obsession with hops.

Brynildson’s first job out of college in the early 1990s was as a hop chemist. He has remained engaged in the hop industry ever since, and is today an international consultant for the Hop Growers of America.

Last fall, he traveled to Europe to deliver hop presentations at the Weihenstephan brewing institute in Germany and at Heriot-Watt University’s International Centre for Brewing and Distilling in Scotland. Along the way, he did some exploring into new German experimental hops that he plans to incorporate into future releases of Luponic Distortion.

“I have been fascinated with hops and hop science my entire career, and I’ve been lucky enough to get to know hop breeders and growers all around the world,” Brynildson said. “These friendships have been a big part of what we do at Firestone Walker, but mainly in the context of developing formal recipes. With Luponic Distortion, we are doing away with the formalities—this is a beer that can pivot in real time with the newest hop cultivars.”

“I always go back to music,” he said. “The best bands to see live may play their greatest hits, but they always pull out at least one song that they morph and jam on, and it’s never the same, and that’s what brings you back time and time again. Luponic Distortion is the culmination of this journey, where we finally just get to jam.”

For more info, check out the Luponic Distortion microsite: www.firestonebeer.com/beers/luponic-distortion.php