(San Marcos, CA) — Galaxy and Comet IPA, releasing for only the second time, continues The Hop Concept’s exploration into partnering select hops together. 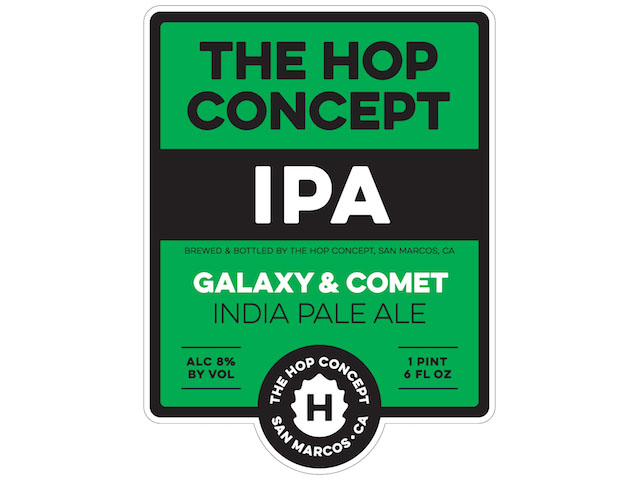 Bright notes of Tropical fruit and resinous pine, Galaxy and Comet finishes with a light earthiness and just a kiss of sweetness. Galaxy and Comet will be released in both 22oz bottles and draft.

“We really liked the way Galaxy and Comet turned out last year, but we felt we could do better this year” Steve Burchill, Lead Brewer for The Hop Concept said. “Tweaking the recipe this year gave us a chance to really let these two hops shine much more in this years batch.”

About Port Brewing / The Lost Abbey / The Hop Concept
Founded in 2006, The Lost Abbey produces an extensive line-up of continental and American- inspired ales and lagers. Under the direction of visionary brewmaster and co-founder Tomme Arthur, the brewery has garnered dozens of awards including the 2007 Great American Beer Festival Small Brewery of the Year, The 2008 world Beer Cup Champion Small Brewery and the 2013 Champion Brewery at the San Diego International Beer Festival. The company’s beers, many of which are aged in oak barrels for 12 months or longer, are universally recognized for their complexity, unique flavors and bold boundary- pushing styles. For more information, contact Port Brewing / The Lost Abbey / The Hop Concept at 155 Mata Way, Suite 104, San Marcos, CA 92069, telephone (800) 918-6816, and on the web at www.LostAbbey.com