(San Diego, CA)- Helm’s Brewing Company is bringing their award winning San Diego craft beer to the Midwest when they launch in Ohio starting this month. This continues the expansion outside of California in recent months for Helm’s Brewing after announcing debuts in Denver and North Carolina. Tramonte Distributing Company, based out of Akron, Ohio, will be the exclusive distributor of Helm’s Brewing products in the state of Ohio effective immediately. 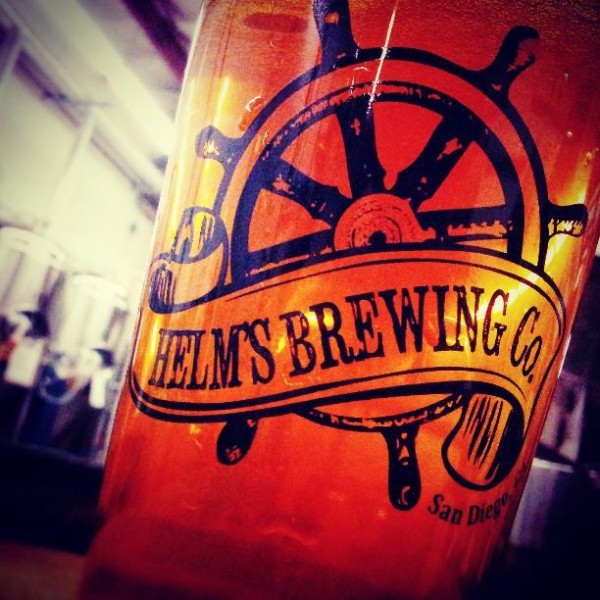 Tramonte Distributing will be selling 22-ounce bottles and kegs of Captain’s Pale Ale, Batten Down Brown, Wicked as Sin IPA, Beeruccino and Hop the RIPA. Seasonal offerings such as Samuin Harvest Pumpkin Ale, Chocolate Night Stout, En Garde and O.G Wheat will be available in the future.

“Partnering with Tramonte Distributing Company is a great opportunity for us to continue our expansion in select markets outside of California,” said Matt Johnson, General Manager at Helm’s Brewing Company. “We are excited to share our beer with the great people of the Midwest and hope to have a long partnership with Tramonte.”

Helm’s Brewing Company produces high quality and innovative craft beer designed not only to impress the connoisseur beer drinker, but also provide a fresh and local beer experience for the average consumer. The tasting room is part of the San Diego community brewery concept where people can stop by after work, grab a beer on the weekend and enjoy conversation with friends. Helm’s Brewing Company is distributed in Southern California, Denver and North Carolina.

Tramonte Distributing Company was founded in 1940 in Akron by Giacomo Tramonte, and, true to its roots, remains in the city of Akron where we are the only alcoholic beverage distributor. In addition to its core business, Tramonte Distributing prides itself on being a solid corporate citizen. Joining with its breweries, Tramonte is in the forefront of the effort to encourage responsible consumption, sponsoring a Safe Ride program during key holiday periods. Tramonte also offers certified TIPS training to retailers. We are a major contributor to and are activity involved in a variety of both local and national charities. From its Akron headquarters, Tramonte’s 100 employees serve customers in Summit, Medina, Portage, Wayne, Ashland, Stark, Richland & Holmes counties.