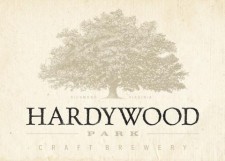 (Richmond, VA)  – Hardywood Park Craft Brewery of Richmond, Virginia is proud to announce new partnerships with Virginia Eagle Distributing, and P. A. Short Distributing. The partnerships will allow the brewery to begin expanding its distribution footprint to include the western part of the state of Virginia.

“The enthusiasm we’ve seen from customers who come down from western Virginia to visit us and try our beers has been wonderfully encouraging. The craft beer community out west is thriving and we are excited to head to the mountains and become a part of it”says Ben Petty, Regional Sales Manager for Hardywood Park.

“Now that we have the infrastructure in place to expand into new territories, we are excited to partner with such esteemed wholesalers as Virginia Eagle and P. A. Short” says Patrick Murtaugh, Co-founder and Master Brewer of Hardywood Park.

“We are ecstatic to partner with Hardywood Park and help bring their fantastic beer to the Roanoke Valley. Richmond already knows what makes Hardywood such a fantastic brewery, and it’s time for Roanoke to get their own taste!” says Aden Short, Vice President of P. A. Short Distributing Co.

“We are thrilled to represent the Hardywood brand in our area. The Hardywood Park Craft Brewery and their people are the epitome of the entrepreneurial spirit that is thriving in the Virginia craft brewing community. I’m sure the local retailers and consumers will find a place on their shelves and in their refrigerators for these outstanding awarding winning brews” says Scott Heinz, CEO of Virginia Eagle Distributing.

Beginning the week of July 21, 2014, Hardywood will begin rolling out into the new territories with the breweries’ full portfolio, including Singel, Capital Trail Pale Ale, Cream Ale, Hoplar, Saison Rustica, and Virginia Blackberry.

About Hardywood
Founded in 2011 by two lifelong friends with a passion for craft beer, Hardywood Park is proud to be a member of the thriving craft beer scene in Richmond, VA. Being environmentally and socially responsible is a core value for Hardywood Park, with all power sourced from renewable energy sources. Hardywood also employs high efficiency equipment which helps minimize water usage at the brewery, recycles its residual grain for composting and feed, uses 100% recycled packaging, uses reclaimed and sustainably “TreeCycled” wood for furniture, fixtures, tap handles and coasters. After two full years in business, Hardywood’s beers have earned a 2012 World Beer Cup medal, three Virginia Beer Cup medals, a 2013 Style Weekly Best in Show accolade, a 2013 Virginia Living Magazine Best of Virginia award, a perfect 100 score by Beer Advocate Magazine, and seven of its beers currently rank in the top 50 in the world for their respective style based on BeerAdvocate.com user reviews. The company was awarded the 2013 Greater Richmond Chamber of Commerce Business Council Business of the Year Award for the City of Richmond. Hardywood currently distributes in central and northern Virginia, and Washington DC. To learn more about Hardywood Park, please visit us on the web at www.hardywood.com.