(Redlands,CA) – Hangar 24 Craft Brewery is kicking off 2016 with a new IPA and a new name for its popular Double IPA!

Hangar 24 releases a new IPA that will serve as a core brand, with a lower ABV for the days one relaxes with friends and family.

Their popular honey DIPA maintains the same recipe with a refreshed label and name. Iconic will also be available in 6 packs. 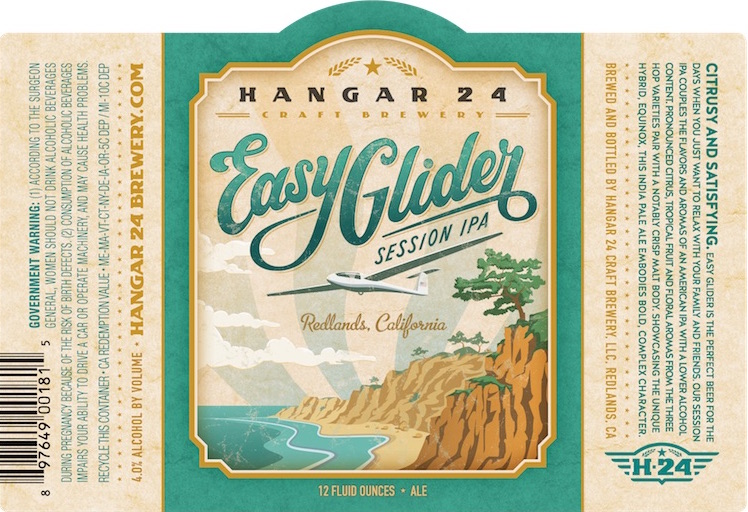 The new IPA was specially made to give craft beer imbibers a clean, hoppy west coast IPA, at an alcohol level that can be enjoyed for many hours. This is the first year-round core brand to be added since Betty IPA was added in 2014! Like other year round beers, Easy Glider will be distributed to retailers in six packs and draft. 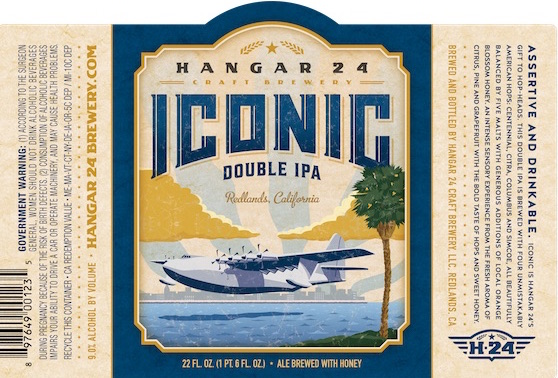 Hangar 24’s Double IPA, which includes locally produced honey, has been given a new name to better reflect its stature. The name was inspired by the popularity of Hangar’s Double IPA and the Hercules (Spruce Goose), both of which are iconic west cost creations. Iconic, which was previously only available in 22oz bombers and draft, is now available in 6 packs. Iconic will stay year-round and will continue to be distributed in CA, NV, and AZ.

Taste: This double IPA is brewed with four American hops: Centennial, Citra, Columbus and Simcoe, all balanced by five malts with generous additions of local orange blossom honey. A sensory experience made by the fresh aroma of citrus, pine and grapefruit with a bold taste of hops and sweet honey.