(San Diego, CA) –  Today, Green Flash Brewing Co. announces that they will host the official grand opening of their 2nd craft brewing facility in Virginia Beach, VA on Sunday, November 13th. The brewery will celebrate the much-anticipated opening with a weekend-long lineup of events including their 3rd annual Treasure Chest Fest, part of their national initiative to raise money for breast cancer charities. The ticketed event will be hosted on Saturday, November 12th and will be the first opportunity for visitors to explore the new Green Flash east coast facility, followed by the grand opening celebration that will be open to the public on November 13th. Upon completion, the production facility will provide freight efficiencies that will supply fresh Green Flash beer to the east coast, immediately passing the savings from regionalized shipping on to the consumer. The expansive public tasting room and outdoor beer garden will provide customers with an east coast opportunity to experience the Green Flash brand first-hand. The grand opening marks the next chapter for Green Flash, the 45th largest craft brewery in the US, poising the brewery for continued national growth. The brewery opening is generating excitement among locals, who are eager to welcome Green Flash to their growing craft beer community. 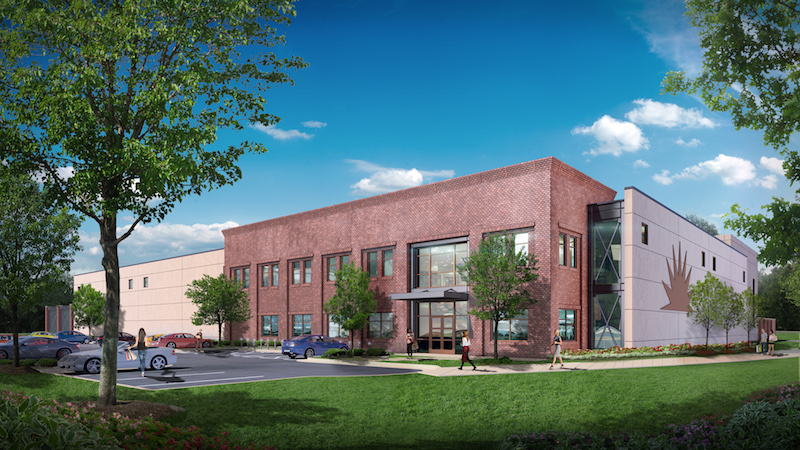 “We are so excited to be a part of the amazing Virginia Beach community as we plan to officially celebrate our opening in November,” says Mike Hinkley Co-Founder and CEO of Green Flash. “The new brewery will allow us to offer East Coast consumers fresh Green Flash beers at West Coast pricing starting January 1st 2017. We are also looking forward to connecting with our customers face-to-face in Virginia Beach – allowing them to experience Green Flash beers at the source.”

While the brewery will continue to be headquartered with corporate offices in San Diego, the Virginia Beach facility will serve as the East Coast hub for Green Flash. The tasting room will be family-friendly and feature as many as 30 Green Flash beers on tap, a vast beer garden, food trucks, retail store, extensive brewery tour program and large private-event room and garden. The events taking place during their grand opening weekend will offer visitors a taste of things to come, as Green Flash plans to host a robust brewery events program, planning ongoing activities designed to engage with the Virginia Beach community year-round.

“Craft beer lovers and the community as a whole are looking forward to the Green Flash experience,” said Virginia Beach Economic Development Director Warren D. Harris. “Having this world-class craft brewery in our backyard is certainly something to cheer about. Not only will Green Flash serve the East Coast some award-winning beers, but the company has a history of supporting the community in a variety of ways that make a difference in people’s lives.”

The interior of the brewery’s production floor has been designed to duplicate the operations of their West Coast brewery, with all brew house and fermentation cellar equipment manufactured by Paul Mueller Company of Springfield, Missouri. The ultimate production capacity will be 100,000 annual barrels and, upon opening in November they will begin brewing their bestselling front-line beers to fulfill orders on the east coast. While overseeing the installation of the brewery’s interior, Brewmaster Erik Jensen is focused on ensuring the beers are consistent on each coast. Jensen is examining every element that will impact the outcome of the beer, including adding minerals to the Virginia Beach water so that its profile will match that of the San Diego water used.

“I am focused on achieving consistency for the end-product, and everything from the brewhouse and fermentation equipment to bottling line is an exact replica of the equipment used in the San Diego brewery,” explains Green Flash Brewmaster, Erik Jensen. “Additionally, four San Diego brewing team veterans, including head brewer, Evan Chamberlain, are relocating permanently to Virginia Beach to ensure the Green Flash method of brewing is exactly replicated. All brewers hired in Virginia will also be invited to spend time training in San Diego at the brewery headquarters.”

Green Flash is in the process of hiring for both the brewery and tasting room, and expects to employ upwards of 40 locals when they are fully staffed.

Green Flash is working closely with developer, The Miller Group, and the project has generated significant excitement among the over 300 local area residents who have had a hand in erecting the building as well as among the growing numbers of craft beer fans in the area.

“I’ve been involved in many developments along the East Coast and have seen few with the same energy as the Green Flash expansion,” notes Tim Harkins, President and COO of The Miller Group. “The market is truly excited to make Green Flash a key destination in Hampton Roads.”

Green Flash Brewing Co., is headquartered in San Diego, California, and was founded in 2002 by Mike and Lisa Hinkley. Brewmaster, Erik Jensen, leads brewing operations. Green Flash is an award-winning brewer of fine, hand-crafted ales, and specializes in brewing assertive and distinctive beers, such as the nationally acclaimed West Coast I.P.A.: an award-winning beer whose wide acceptance has helped define a category. Green Flash brews ten styles of beer regularly, on draught and in bottles as well as a growing lineup of seasonal and special offerings, including several barrel-aged beers, throughout the year. The brewery plans to open their 2nd full-scale brewing operation and tasting room on the East Coast in Virginia Beach, VA in 2016. Please visit the Green Flash website www.greenflashbrew.com for more information.