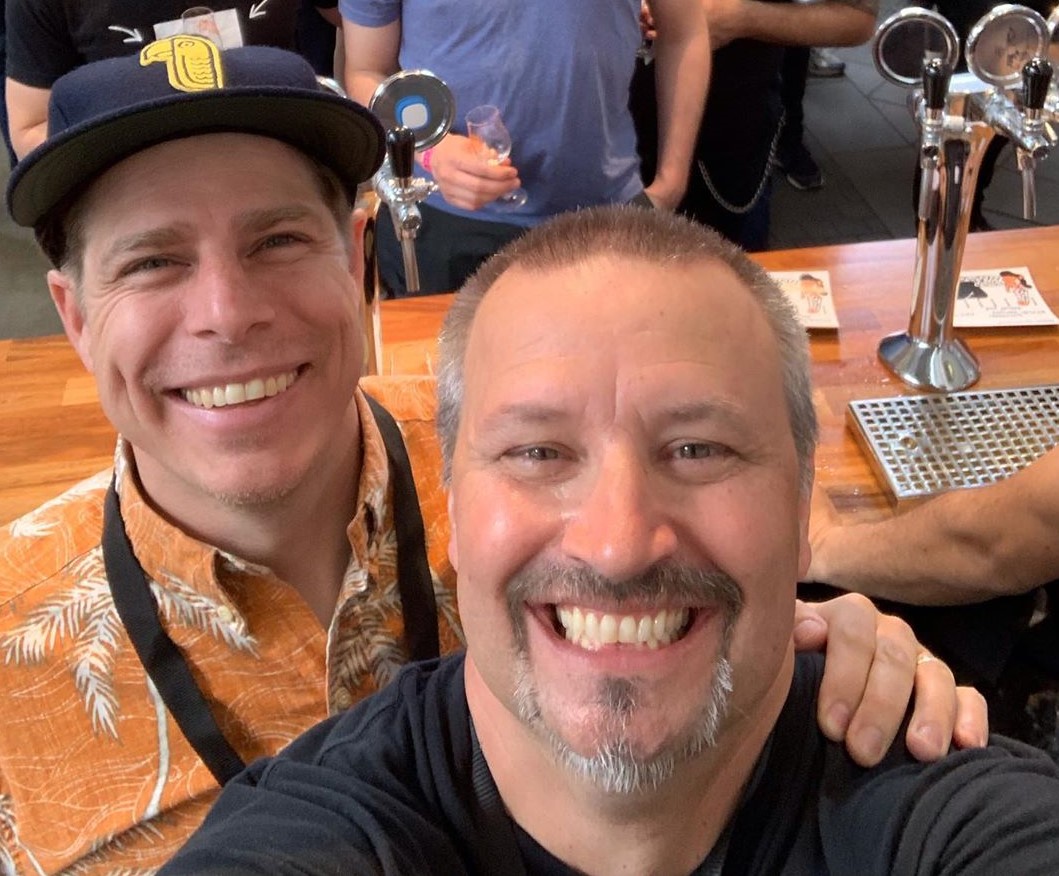 This past September, Costa Mesa craft brewery Barley Forge Brewing announced they opted out of renewing their lease and would be closing doors. In a heartfelt post, the owners outlined business was unsustainable due to market forces.

“It is with heavy hearts and mixed emotions we have decided not to renew our lease, scheduled to expire October 31, 2019, and close Barley Forge

Brewing beer is a capital intensive and increasingly competitive endeavor and, simply stated, we have arrived at a point where the lows outnumber the highs. This reality, combined with an unprecedented and unsustainable rent increase our landlord is demanding, has made untenable the prospect of continuing to operate a full-scale production brewery in a neighborhood that has rapidly shifted from its industrial roots to a retail environment. It has taken no small measure of radical, albeit heart-rending, acceptance to reach this conclusion.

Greg and I never wanted a beige life and we certainly have not had one, indeed it has been a wild and fantastic ride since Barley Forge opened October 25, 2014. We are incredibly proud of our many awards and achievements, our dedicated staff, the relationships we forged both in the industry and the community and the many wonderful people we have had the privilege to serve. That so many believed in us will forever be a source of sustainment and we have nothing but gratitude for your patronage.

Thank you so much for being a part of it. We would love it if you would come by one last time for another pint of The Patsy, or a pulled pork sandwich, or bag of free popcorn, or just to say goodbye. And whatever you do, please continue to support independent craft beer.

With much love,
Mary Ann, Greg and all your friends at Barley Forge past and present

During the transition to wind down operations, it appeared that Barley Forge owners were looking to sell the brewery ‘as is’: name, intellectual property including branding, recipe and products. Based on social media posts leading up to the sale, there was even hope the new owners would take on the brand and carry on the legacy. They continued brewing beer, promoting in-house events and even announcing beer releases with the hopes of remaining an attractive buy.

In late October, we learned that Barley Forge would get representation via ONYX Partners in order to auction the company and associated assets. Details of the auction from ONYX Partners below:

“On October 6, 2019, Barley Forge Brewing Company (“Barley Forge”) filed a voluntary petition for chapter 11 bankruptcy after failed efforts to tap into the wholesale beer distribution market weakened the financial standing of the company, which among other factors, led the company to seek bankruptcy protection.

A proposed stalking horse bidder has been identified and has signed a letter of intent to acquire substantially all of Barley Forge’s assets, subject to an auction and overbid rights.  Presently, the Debtor intends to hold an Auction on December 11, 2019 and has retained the services of Onyx Asset Advisors, LLC (“ONYX”) to market the assets and solicit overbids in advance of the proposed auction sale date.”

Barley Forge posted days later that their final day of operation would be December 18, 2019.

If you recall, in March of 2017, another young Orange County brewery named Valiant Brewing announced its closure due to similar circumstances. One month later Evan Price and Brian Rauso (formerly of Noble Ale Works) announced they would be purchasing the assets of Valiant Brewing to launch Green Cheek Beer.

We reached out to Evan Price to ask him about their second location tied to a “Going out of Business Sale.”

While many breweries are being challenged to expand or in the case of many small, young breweries, stay in profitable business, why does Green Cheek go for location number two? “We fell in love with the location in Costa Mesa. It’s on the other side of Orange County, and far enough away from our current spot in Orange, to where we felt like it was good for everyone. Also, we wanted to be able to do more than what our current license allows for in Orange, hence Costa Mesa.”

While Green Cheek’s beers are anything but simple, their current tasting room format is. They have a great board of beer, picnic tables and a rotating food truck. This made us wonder, what would be the difference between the location in Orange and the new location being set up in Costa Mesa? “Costa Mesa will be pretty different than our Orange location. With Costa Mesa, it’s a brewpub, so we finally have our own restaurant! We can serve our own food, our own beer (of course), and then we’ll be serving wine on tap, cider, and totally rad beer from our closest friends,” Price said.

Currently, Green Cheek sends a limited amount of beer into distribution via Wiegand Family Distribution. In the immediate, Green Cheek might have to truck over beer to the new location to fill taps, in the not so immediate, they will have two brewing facilities cranking out beer. We asked Evan how the second location will impact the amount of Green Cheek Beer being distributed.  “It decreases right now, and eventually it will increase a touch, but our goal isn’t trying to distribute a lot of beer. We just want to offer fresh beer to people and doing it ourselves works out great for them and us.”

Look out for Green Cheek Beer Co. Costa Mesa to open doors hopefully in the next 10-14 days!