(Portland, OR​) – ​Great Notion Brewing & Barrel House (GNB), the brewery best known for its hazy, fruit-forward IPAs and “culinary-inspired” sours and stouts, announces the company has signed a lease at 5101 14th Avenue NW, Seattle, Washington 98107 in the Tommer building with hopes to open the doors before Summer 2020. 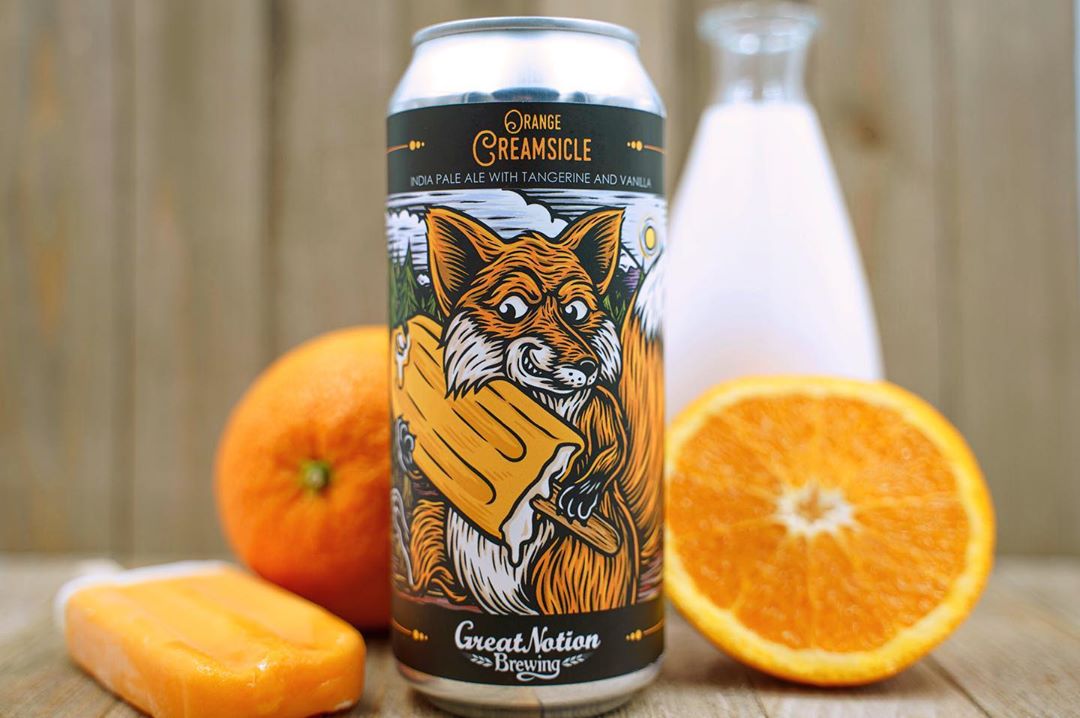 GNB is excited to bring their unique style to Seattle in terms of beer, business model and brand (keep beer fun).

BEER​: Great Notion was one of, if not the first brewery in the NW to brew hazy IPAs, and continues to primarily focus on that style as well as sours and stouts that taste like fun food dishes, i.e., blueberry muffins, pancakes, sticky buns, orange creamsicles and more. The brewery has won accolades such as a Gold medal in the World Cup for Double Stack and the #1 IPA in the country last year in Paste Magazine for RIPE. GNB also has different culinary-inspired series’ of beers, such as Mochi, reminiscent of Japanese mochi ice cream, or Jammy Pants, which tastes like a tart berry jam or Fruit Monster, for tastes of tropical fruit smoothies.

BUSINESS MODEL:​ Great Notion strives to avoid any regular distribution and instead sell the majority of its beer direct to beer drinkers. Seattle fans will be happy to know that the brewery plans on doing Saturday morning Ballard Can Release Drops in the same fashion and process as done at the NW 28th Ave location in Portland where hundreds of people will queue up to purchase cases of beer direct from the brewery. GNB plans on also selling direct to customers in more unique ways in the future as well.

KEEP BEER FUN:​ Each unique beer at Great Notion is represented by a fun, distinctive character on the front of each can illustrated by artist Chad Eaton. Great Notion’s characters typically give off a cuddly Northwest vibe and GNB tries to bring the characters and as such, the beers, to life. Examples include origin story sticker cards, actual real life meet and greets with the Double Stack Sasquatch and fun animations. GNB also hosts an Instagram TV show called Catch a Flight with Pauly to dive into other fun adjacent businesses and bring life to friends that own restaurants, DJ, create art and more.

“We are jazzed to announce that we will be opening up a taproom in Seattle,” says Paul Reiter, Great Notion Cofounder. “We can’t wait to join the Seattle market and all the amazing breweries already innovating like crazy! We frequently meet Seattle customers that drive 3+ hours every weekend to our can releases, so hopefully that is a good sign that more Northwesterners are curious about trying our hazy IPAs or beer that tastes like Baklava, peanut butter cups, or Tirimisu for example.”
Great Notion’s Ballard location will feature 20 taps, delicious NW-focused food (style TBD) and also have packaged 16oz canned beer to-go with varieties rotating weekly. The location is 2,200 sq ft and will also have ample outdoor seating. Hours will be 11 am to 10 pm Sun-Thurs and 11 am to 11 pm Fri/Sat.

Stay tuned for grand opening information in the Spring!

Great Notion Brewing (GNB) is a brewery started by three friends and neighbors in Portland, OR that offers hazy, fruit-forward IPAs and “culinary-inspired” sours & stouts. GNB has won numerous Gold and Silver medals, including accolades at World Beer Cup, GABF, Best of Craft Beer Awards, and Oregon Beer Awards, as well as the 2018 #1 IPA in America from Paste Magazine. GNB has 2 taprooms in the Northwest currently with 2 more opening in 2020: @greatnotionalberta and @greatnotionnw in Portland, @greatnotionbeaverton in Beaverton (opening Q1 2020) and @greatnotionballard in Seattle (opening mid-2020). Please visit ​greatnotion.com​ or @greatnotion for more information on the brewery.