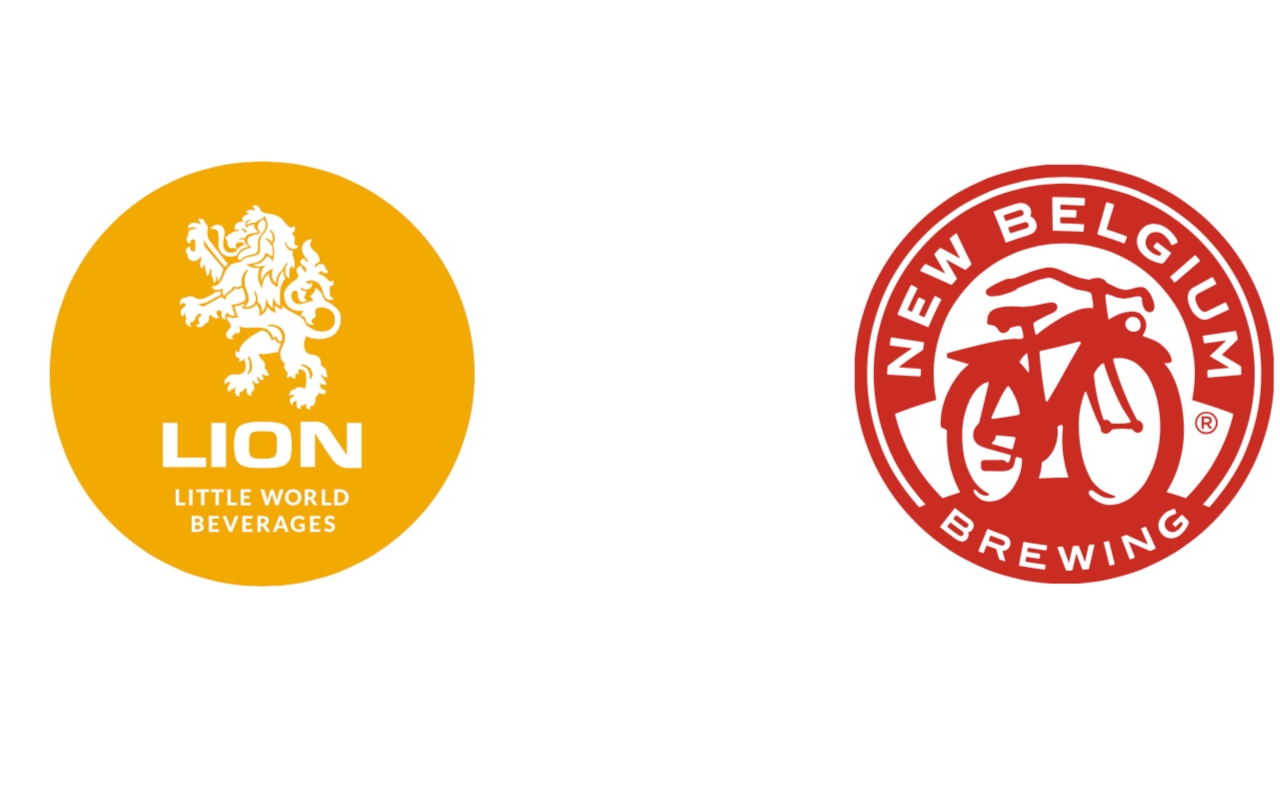 (Fort Collins, CO) – New Belgium Brewing is the latest craft brewery to sell to big beer, as we learn that the Employee Owned beer maker has sold to Kirin Company Limited’s Lion Little World Beverages division. New Belgium Brewing spent the last ten years scaling up production and distribution, even adding a North Carolina destination brewery in recent years. It’s been heavily rumored for the past few years that New Belgium was in fact shopping for a buyer, as the Asheville location was a heavier load than anticipated, too much debt was taken on in conjunction with slower market demand for mature craft brands. Read below the press release and a letter from Founder Kim Jordan.

9 November 2019 – Lion Little World Beverages, the global craft beverages business of Australasian brewer, Lion and New Belgium Brewing today announced that the companies have signed a definitive agreement for Lion Little World Beverages to acquire 100% of New Belgium in an all cash transaction. The transaction is expected to close by the end of 2019, pending approvals by regulators and the Employee Stock Ownership Plan (ESOP) in addition to other customary closing conditions.

New Belgium is a pioneer of world-class beer and wood-aged sours in the United States. Since the company was established in 1991, it has grown to become a leading craft brewer with adored brands, such as Fat Tire Amber Ale and Voodoo Ranger IPA, in addition to two state-of-the-art brewing facilities in Fort Collins, Colorado and Asheville, North Carolina, and a national distribution platform.

“We’re excited to welcome New Belgium Brewing into our global family of craft beverage brands. Since meeting the New Belgium team, we’ve been incredibly impressed not just with their commitment to world-class beer and the way they bring their brands to life, but their purpose-led business model and connection to the community – all values we share at Lion,” said Matt Tapper, Managing Director of Lion Little World Beverages.

“Our owner, Kirin, has entrusted Lion with leading its global craft beer strategy and today’s announcement is a real milestone for us. Over time, we see a great opportunity to work together with New Belgium Brewing to grow a wider portfolio of craft beverages in the U.S., and build on the great business that Kim, Steve and the entire New Belgium team have created.”

Kim Jordan, Co-Founder of New Belgium Brewing said: “If there are three things we’re known for at New Belgium, it’s our dedication to innovation and excellence in beer, our commitment to the culture and wellbeing of our co-workers, and our crazy enthusiasm for being a business role model. We were thinking about these three things as we began to explore being a part of the Little World family.”
“We’ve been pushing the boundaries of beer innovation as pioneers for almost three decades. Little World are brewers’ brewers and we have really felt their commitment to this ancient craft. We’re absolutely excited about helping to build a collective of breweries – each with their own vibe – who share the same commitment to delighting beer drinkers with great beer, great businesses, and great collaboration among us.”

Lion Little World Beverages is the global craft beverages business of Lion – a leading brewer headquartered in Australia owned by Kirin Holdings Company Limited. With nearly 4,000 people employed across Australia, New Zealand, the UK, Asia and the U.S. Lion is a leader in craft brewing. Its portfolio includes many well-known brands such as James Squire, Little Creatures, Emerson’s, and Panhead.

Lion Little World Beverages was first established as ‘Lion Global Markets’ in 2015 and entrusted with leading Kirin’s global craft beer strategy in new market expansion outside Japan, Australia and New Zealand. It has since evolved, launching pioneering Australian craft brand Little Creatures in the U.S., UK and Asia between 2017 and 2019, and recently adding UK craft brands Fourpure and Magic Rock to the family.

The Lion Little World Beverages team blends Lion’s 170 years of history with Kirin’s commitment to quality, craftsmanship and R&D expertise to create a collective of like-minded entrepreneurs who are empowered to keep doing what they do best, while benefitting from being part of a larger, scaled business. A common cultural thread binds Lion Little World Beverage’s brands and people together, with a commitment to craftsmanship, community and sustainability at the core.

New Belgium Brewing is a nationally distributed brewery recognized as a leader in sustainability and social responsibility. Founded in 1991 in Fort Collins, Colorado, the company expanded to Asheville, North Carolina, in 2016 and Denver, Colorado, in 2018, and is now the fourth largest craft brewery in the U.S. Dedicated to proving that business can be a force for good, New Belgium is a Certified B-Corp and was the first brewery to join 1% for the Planet. The brewery has donated over $26 million to charitable causes since 1991.

You’ve probably read the big news that New Belgium Brewing is set to join Lion Little World Beverages– the global craft beer division of Australasian brewer, Lion, which is part of Kirin.  I’m assuming you’re here to learn more.  If there are three things we’re known for at New Belgium, it’s our dedication to innovation and excellence in beer, our commitment to the culture and well-being of our coworkers and our crazy enthusiasm for being a business role model.  We were thinking about these three things as we began to explore being a part of the Little World family.  Lion, Kirin, and the Little World team liked that about us, and that paved the way for this decision.*

We are a Certified B Corp.  Which means that we’re dedicated to being a force for good as a business.  Right away, the folks at Little World told us that they were captivated by this model, and they are asking us to retain our B Corp status. In addition, Lion announced last week that they’ve made a pledge to be carbon neutral in their Australian and New Zealand breweries starting in 2020.  That’s exciting! And now we will be accelerating our own journey toward Carbon Neutrality.  Imagine a world where publicly traded companies are dedicated to business as a force for good, taking into account an array of stakeholders- their workers, their shareholders, and the environment.  This is a model for a big, compelling future and is in line with the needs of our rapidly changing world.

We’ve been brewing eclectic Belgian style beers, aging beer on wood, and generally pushing at the boundaries of beer innovation as pioneers for almost three decades. Little World are brewers’ brewers.  They loved the sour beers from our renowned wood beer cellar! When we noticed that they were really interested in the breadth of our beer portfolio, and they began to share stories about their own innovation, we felt their commitment to this ancient craft.  They are as devoted as we are, and their resources in R&D and innovation can only help to grow our own capabilities.

We will no longer be employee owned and it would be easy to see that as a drawback.  But here’s another way to look at it. More than 300 employees are receiving over $100,000 of retirement money with some receiving significantly greater amounts.  Over the life of our ESOP, including this transaction, the total amount paid to current and former employees will be nearly $190 million.  We will have helped a significant number of people realize the upside of having equity in something, being a part of the American Dream!  Little World is committed to strategies to broadly share the wealth going forward, like profit sharing, best-in-class healthcare and a generous family leave policy.  Our on-site wellness clinic will carry on.  Continuing to practice the rest of what makes New Belgium so cherished by its coworkers: a playful, loving vibe, a culture that encourages learning and experimentation, and an entrepreneurial spirit, will be up to all of us. We are more than up for that challenge and Little World will support us all the way.

We all know the world of craft brewing is dynamic.  In the US, the number of breweries has nearly doubled in the last four years to 7,500.  At New Belgium, we’ve needed to balance the cash demands of our ESOP and selling shareholders, with the operational need for more capacity (hence the brewery in Asheville) and the need to grow our brand by reaching more beer drinkers with our brand message.  These are a lot of competing priorities and it has been difficult to do all of them as well as we’d like. As we surveyed the landscape over the last several years, we found that options to raise capital while being an independent brewer weren’t realistic for us. Some of the most widely used options by craft brewers were going to compromise a lot about what makes New Belgium great; environmental sustainability, and a rich internal culture.  Some of these were going to lead to cost-cutting or a lack of focus on sustainability. Having the support and resources of Lion Little World Beverages, allows us to attend to those competing priorities and utilize our brewery capacity to its fullest.

Joining Little World Beverages to anchor a US Craft Beer platform is so congruent with all the things we’ve committed ourselves to at New Belgium that we jumped at the opportunity to offer this to our shareholders. We’re thankful for Lion and Kirin’s support of our values and I’m excited to help to build a collective of breweries along with the management of New Belgium, who share the same commitment to delighting beer drinkers: with great beer, great businesses and great collaboration amongst us.

Of course, there are always people to thank: boundless thanks to all our passionate customers: you smuggled beer across state borders a la Smokey and The Bandit, you got tattoos, you make our hearts swell with pride with your care.  To our retailers and distributors: nothing we’ve done could have been done without you, huge props! To all of our friends inside the craft brewing industry and in so many other places, thank you thank you –we treasure your friendship now and in the future.  And last, but certainly not least to our amazing New Belgium Family, what can I say, but we have created the most loving, curious, warm, interesting fun thing together and I burst with pride every day.  This is not the last chapter, there’s more fun to be had.

We can’t wait to see what happens next.  We are as committed to being a vibrant, values-driven enterprise as we’ve ever been, and we look forward to having a beer with all of you along the journey!