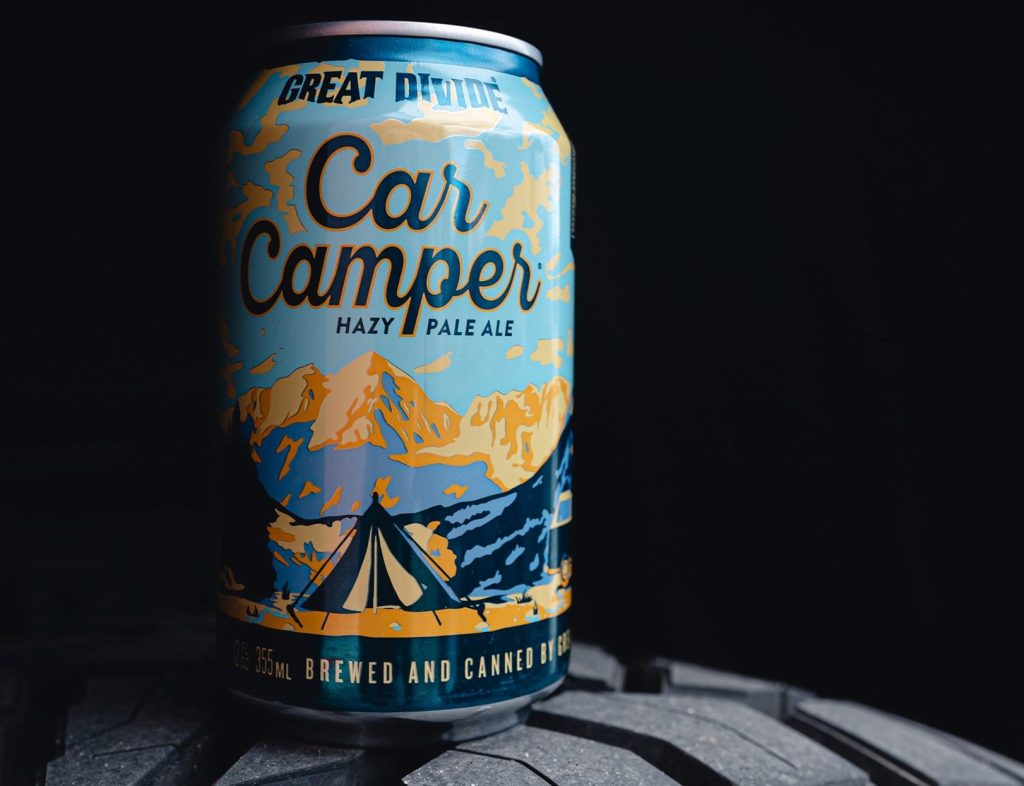 “Building off of the success of Great Divide’s Hazy IPA, we developed Car Camper Hazy Pale Ale with a similar malt bill and hop profile that delivers a beer with a similar hazy appearance, yet differs in its unique aroma and taste,” explained Bill Bertsch, Sr. Director of Brewery Operations, “By using Sabro Hops in the dry hopping process, we were able to give it more tropical, tangerine and coconut characteristics.

“At Great Divide we believe it’s important to continue to use new and interesting ingredients like Sabro hops to make new and innovative beers. Car Camper not only delivers on its ability to showcase these interesting hops, it does so in a way that is still very approachable and pleasing for our consumers.”

The beer will fill a gap in the brewery’s overall portfolio. While well known for Denver Pale Ale, that beer is not available outside of Colorado. Car Camper will be the pale ale for Great Divide’s entire distribution footprint.

“Pale Ale is a category that continues to hold weight with craft beer drinkers,” explained Sales & Marketing Director, Kirk Simpson. “Denver Pale Ale is one of our flagship offerings but has become a Colorado only brand. We will continue to support that brand with a to be announced local charitable program as well as annual package innovation through the ongoing Artist Series, but there was a need for a more contemporary pale ale in our portfolio. Car Camper takes the best qualities of a New England-style IPA—tropical aromas, smooth mouthfeel, low perceived bitterness—and lowers the ABV to a more sessionable 5%. It’s a beer that will lend itself to all occasions.”

On the can, a camper van travels up a mountain pass before coming to rest at a camp site surrounded by majestic mountains. It’s a scene that plays out across Colorado and other areas renowned for natural beauty.

Car Camper will be available starting March 1 on draft and in 6-packs of 12oz cans. So, surrender to your wanderlust and be sure to pack plenty of Car Camper on your next adventure.

Founded in 1994, Great Divide Brewing Company is one of the most decorated breweries in America, recognized for brewing some of the globe’s most balanced yet assertive and flavorful beers. These beers have landed an impressive amount of acclaim, earning 18 Great American Beer Festival Medals, five World Beer Cup Awards and 14 spots on Beer Advocate’s “Top Rated Beers: Colorado” (2015). Here at Great Divide, Bold Character isn’t just a catchphrase. It’s the philosophy behind what we brew, how we think and what we believe. For more information visit www.greatdivide.com.