(Centennial, CO) – Resolute Brewing Co. has announced the release of three new beers in 12 ounce can format. The cans will be distributed via Colorado Craft Distributors across the state in six-pack cartons. The lineup includes; Standing Room Only IPA, Grill Sauce American Lager, and All The Fuss Lemondrop Sour. Distribution begins Monday, March 2, 2020. 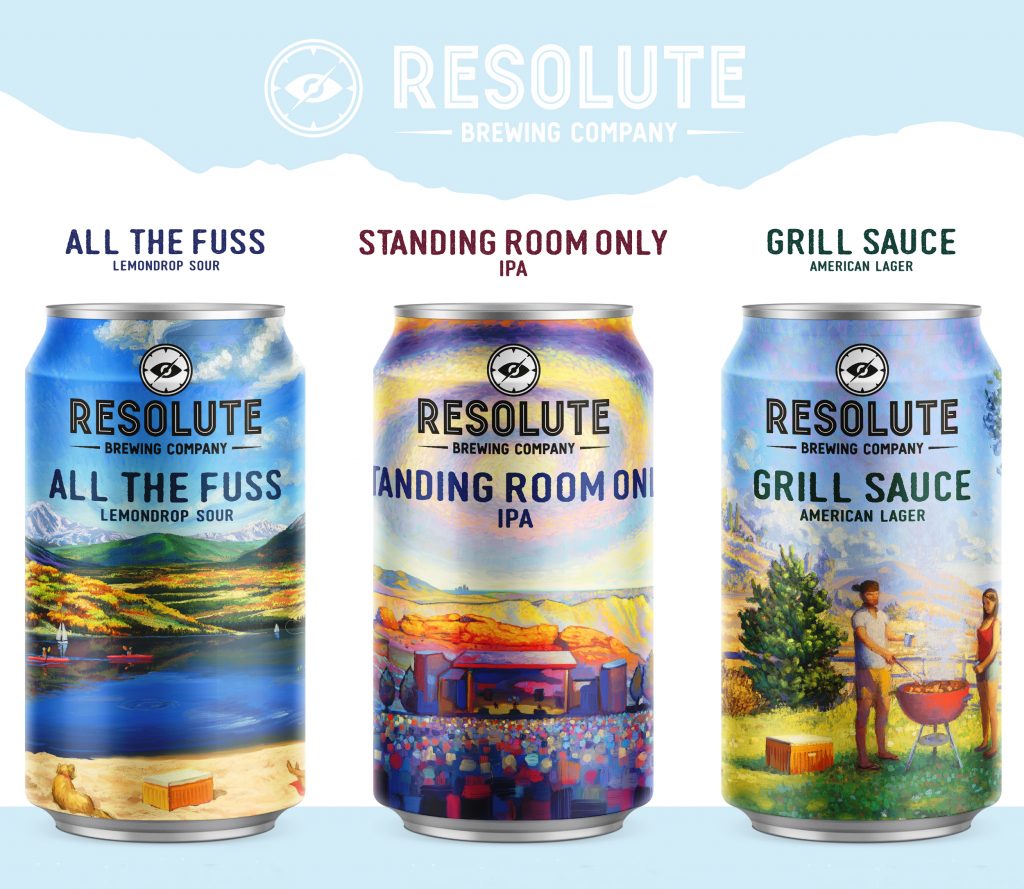 Resolute Brewing Company opened in 2016 in Centennial, and most recently launched Resolute Brewing Tap & Cellar in 2019, a barrel aging facility and satellite taproom located in Arvada. Focusing on the can release in 2020, Team Resolute will continue to uphold their commitment to community, an uncompromising approach to detail, and celebrating great people.

“We are stoked to share our cans with everyone all over Colorado!” emphasized Head Brewer Justin Burnsed. “Our team crafted three great new beers over the last few months that we think will intrigue our existing fans, while hopefully winning over some new ones.”

The label artwork, created by local artist Ken Sarafin, includes notable and iconic Colorado scenes prominently displayed on the cans and cartons. Look for these cans to start hitting shelves the week of March 2.

About Resolute Brewing
Resolute Brewing Company is a microbrewery located in Centennial, Colorado and a Tap Room & Cellar located in Arvada, Colorado. Our founders come from various walks of life, including finance, engineering, and accounting, but we resonate as one around our passion for community, great beer, and even greater people.

Resolute is more than a brewery; it is a community of people and families enthusiastic about being a part of something bigger than themselves. Resolute’s employees and culture imbue hospitality, social responsibility, and a love of the craft.