(MORGANTON, N.C.) – Catawba Brewing Co.’s legendary “PB&J sandwich in a glass” beer, Peanut Butter Jelly Time (5.7 percent ABV), will make its annual return to the Catawba menu on March 6. In addition to the original Raspberry, the brewery is bringing back Strawberry-Rhubarb and debuting Peach and Red Currant. Sandwiched in the middle of its weekend release party at its Charlotte tasting room will be a peanut butter & jelly (PBJ) sandwich-eating contest on March 7, with proceeds benefiting the Charlotte Lab School. Catawba will match all the funds raised. 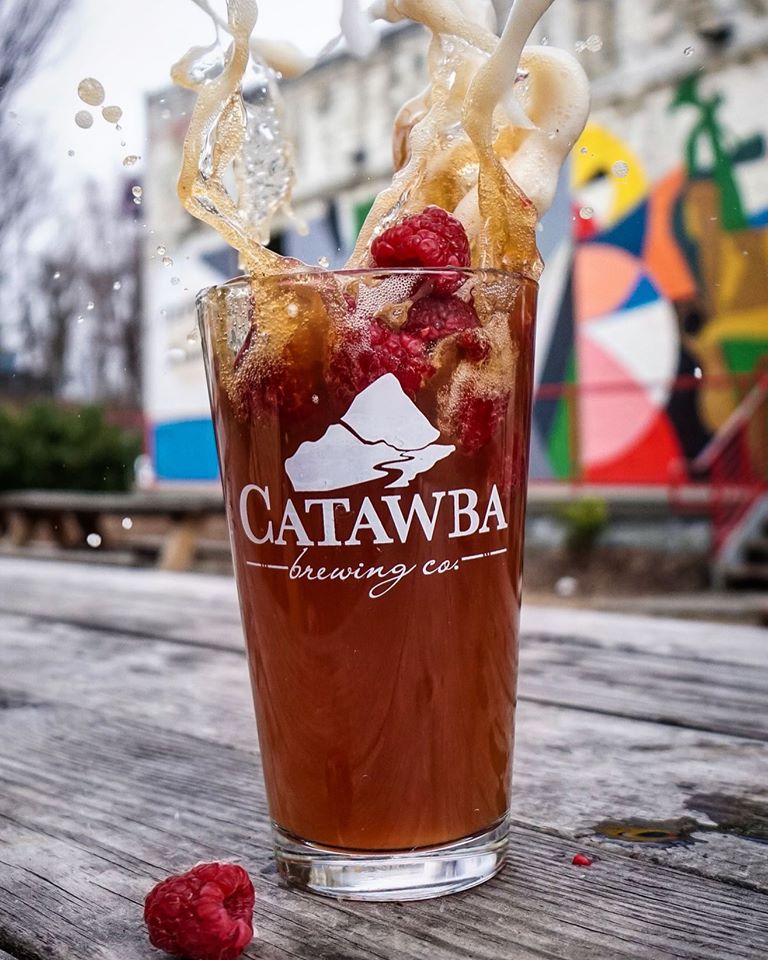 The release party will feature three specialty variations of the beer in addition to the original Raspberry: PBJ Strawberry-Rhubarb for the second year and two new brews for 2020: PBJ Peach and PBJ Red Currant. The three specialty flavors will be sold exclusively in Catawba tasting rooms (all in draft; Strawberry-Rhubarb also in 4-pack cans; Peach & Red Currant only at Asheville-South Slope, Charlotte & Morganton locations). A special PB&J flight will be offered while supplies last at the Asheville-South Slope, Charlotte & Morganton locations.

The original PBJ Raspberry will be sold in 4-pack 16 oz. cans in Catawba’s four tasting rooms across N.C., the Palmetto Brewing tasting room in Charleston and in five-state distribution.

PBJ Eating Contest
The PBJ sandwich-eating contest in the Charlotte tasting room will consist of three waves: 3 p.m.; 3:20 p.m. and 3:40 p.m. Each wave of participants will have three minutes to eat as many PBJ sandwiches as they can.

There are 20 spots per wave with a total of 60 participants for this event. Entry is $5 per participant; interested individuals may sign up here. The winner will receive a $25 Catawba gift card.

About Catawba Brewing Company:
Catawba Brewing Co. has been an industry leader in Western North Carolina’s craft beer scene for two decades. The company was founded in 1999 by WNC natives, the Pyatt family, who were inspired by their weekend homebrew hobby. From humble beginnings, the business has grown exponentially to become a major craft beer supplier across five states. Catawba now operates breweries and tasting rooms in three NC cities – Morganton, Asheville, and Charlotte – embracing a hybrid wholesale/retail strategy. With the 2018 acquisition of Palmetto Brewing Co. in Charleston, SC, the Pyatt family hobby has spawned one of the Southeast’s largest and most diverse craft brewing entities. Learn more at www.catawbabrewing.com