(Buellton, CA) What began with a pre-dawn excursion to a raspberry field one summer has come to fruition with the imminent release of Bretta Rosé Batch No. 005, the fifth iteration of this signature wild ale from Firestone Walker’s Barrelworks. 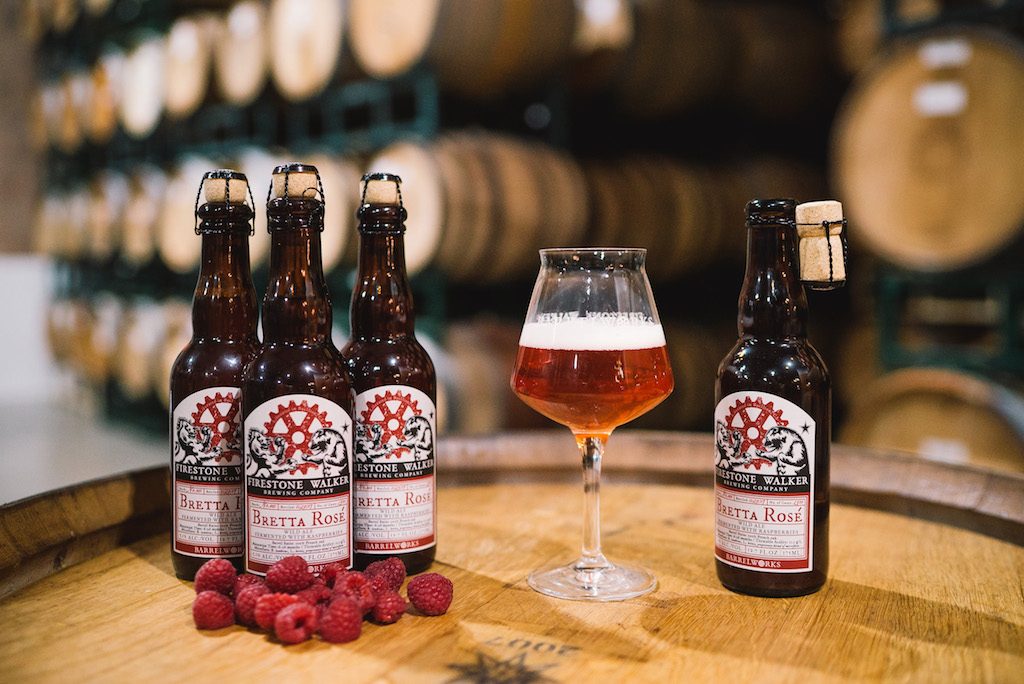 Bretta Rosé Batch No. 005 will begin rolling out next week to all Firestone Walker markets in limited draft and 375-ml bottle formats. It is the first of five bottled Barrelworks wild ale releases slated for 2018.

“Bretta Rosé began as a lark several years ago, when we made an inquiry with a local raspberry grower who offered us some fruit to play with,” said Barrelworks’ Master Blender Jim Crooks. “That first batch became one of our biggest hits, and we have since turned it into a very intentional annual release.”

Barrelworks was established five years ago as Firestone Walker’s dedicated stand-alone wild ale facility. It has since become known as a “cathedral of barrels” that produces an acclaimed variety of sour beers and hybrid ales.

On a foggy morning last summer, Crooks hit the road before dawn to embark on an annual rite—the selection of fresh raspberries for creating the next batch of Bretta Rosé.

He arrived at the packing house in Oxnard, California by 7 a.m., where he personally selected the best lots from pallets of raspberries picked the night before. That same afternoon, his chosen raspberries—all 10,000 pounds of them—were delivered to Barrelworks, and the making of the 2018 Bretta Rosé Batch No. 005 was now officially underway.

The fruit was immediately transferred to oak foeders, then blended with 16-month aged Bretta Weisse base beer and inoculated with Barrelworks’ proprietary brettanomyces yeast. The beer was then slow-fermented and matured on the berries for four months prior to racking and bottling.

The resulting 2018 Bretta Rosé features a brilliant rosé color with a raspberry perfume. Bracing acidity leads to a dry, refreshing finish with a hint of effervescence.

“We are taking advantage of the cornucopia of fresh fruit that is grown in our county,” said Barrelworks Director Jeffers Richardson. “Bretta Rosé showcases the vibrancy of fresh local raspberries, expressing amazing aromas, color and bright acidity.”