(Austin, TX) – This Friday, February 23rd, we’ll be releasing our second-ever batch of Jester King Part & Parcel. Part & Parcel is a very special beer to us. It’s the first commercial beer (to our knowledge) in modern history to be brewed with 100% Texas grown and malted barley. Batch 1, which we released last year, was four years in the making. Brandon Ade of Blacklands Malt was on a mission to revitalize barley growing in Texas, and he successfully convinced enough Texas farmers to convert their crops over to barley. After years of struggles and setbacks, enough barley was grown and malted to make the first all-Texas barley beer in modern history. We can’t thank Brandon enough for his efforts. When we opened in 2010, we never would have believed that one day we’d be brewing beer with Texas malt. 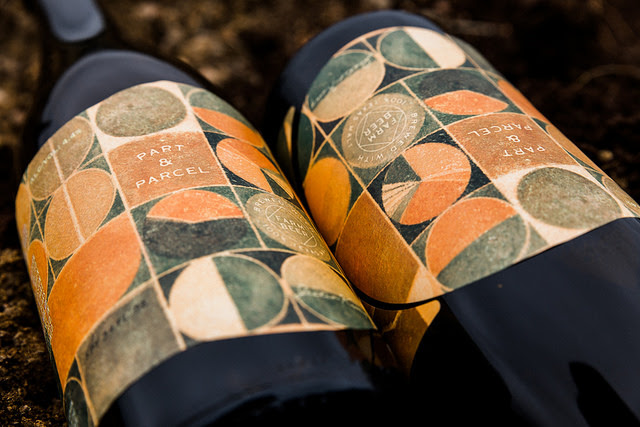 Last year’s batch was brewed with 100% Brown Field 20 malt grown in Brownfield, Texas (near Lubbock). This year’s batch was with 2-row Scarlett barley grown in Bailey County near the Texas-New Mexico border, a part of a level high plateau known as the High Plains region. We wanted to lighten and soften the beer a bit, so we selected 40% Brown Field 5 Texas Munich (5 SRM), 40% Brown Field 20 Texas Munich (20 SRM), and 20% of a new amber speciality malt from Blacklands called Amber Wave (10 SRM). The Amber Wave malt provided an interesting graham cracker character and candy sweetness which is meant to mellow out the dry heavy toast and dark melanoidins from the Brown Field malts. According to Brewer Sean Spiller, “The grain has a huge toasty/roasty character, contributing tons of color and a nice tan foam. We’re very excited to be able to brew with Texas grown and malted barley!”

We want to thank Brandon Ade again for keeping up the good fight. His determination to revitalize Texas malted barley is inspiring. His efforts have resulted in some of the biggest advances we’ve had when it comes to making beer tied to a time, place, and people.