Cole and his team took the brewery’s most legendary beer and carefully hand selected a limited number of the most perfect barrels, some rum and some whiskey, from the different batches and projects of the 2017/2018 “Baptist Season” and carefully blended what they thought was something special, a Big Bad “Grand Cru” of epic proportions. Then they dressed it in all-black with a label as elegant as the beer in the bottle.

“There is no beer that is more Epic than Big Bad Baptist,” said Cole. “Over the years we have explored different ways to experiment with the flavors and qualities of the beer through the use of different coffees, adjuncts and barrels like with this year’s coconut-driven Triple Barrel Big Bad Baptist. For the Big Bad Baptist Reserve, we wanted to explore something more subtle, more refined. By using barrels from all the projects and giving the beer a little extra time to mature, we found the perfect blend that’s balanced, silky and mind-blowingly good.” 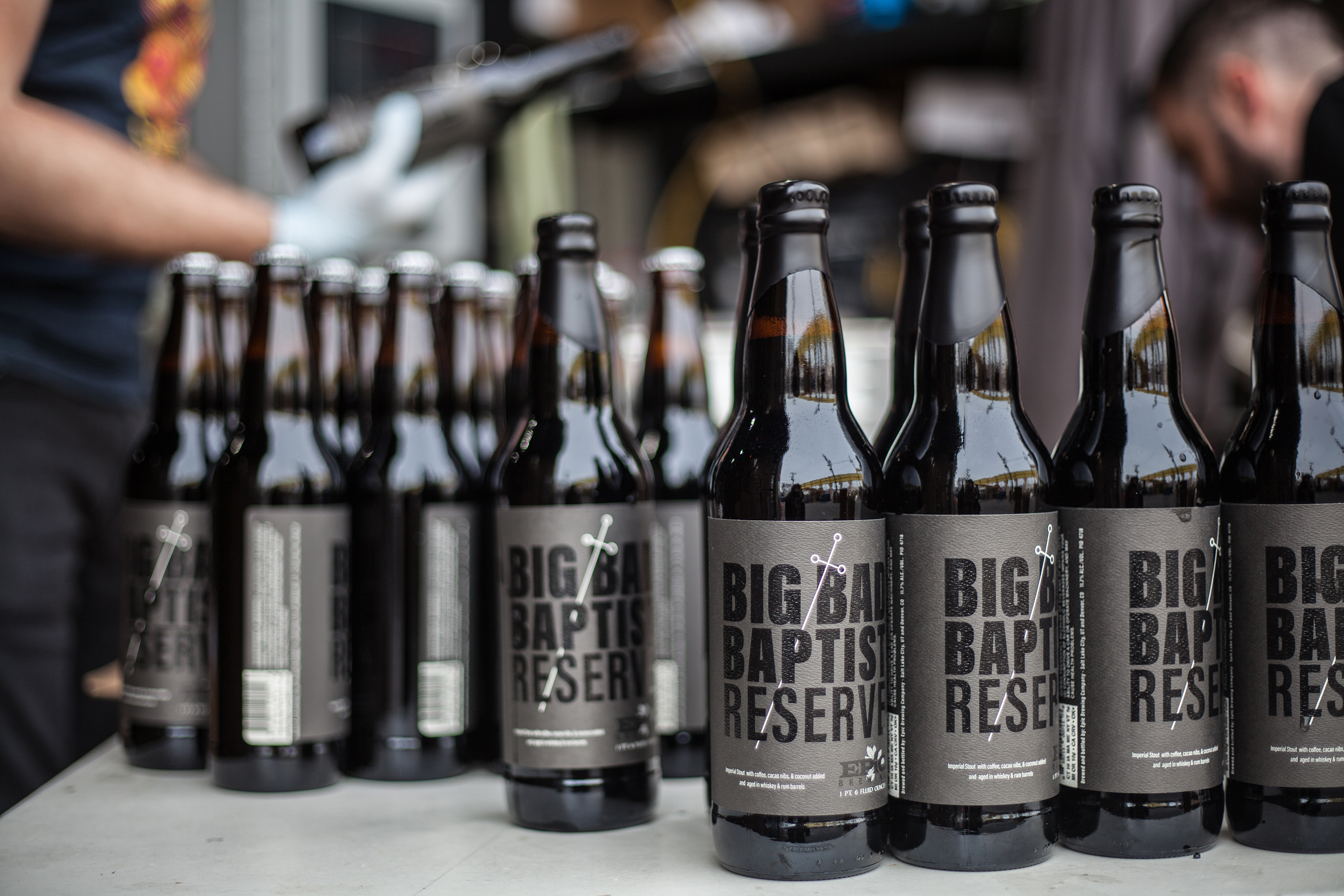 The Reserve has only the choicest barrels of this year’s original version of Big Bad Baptist, plus beer from the best barrels from both the Baptista and Triple Barrel Baptist projects. That means it has the faintest touch of barrel-aged coconut, which is basically undetectable beyond making the beer a touch more rich, rum, and of course, copious amounts of artisanal coffee and cacao nibs. It does not, however, have any of the spices found in Baptista. It weighs in at 11.7% ABV and “hides every bit of it” according to Epic national sales manager Darin McGregor.

Just over 600 cases of this extremely limited release were made and Big Bad Baptist Reserve will be released to select markets throughout the United States starting in mid April.