Due South Brewing Updates Branding With Can Lineup

(Boynton Beach, FL) – Due South Brewing Co. has released a new series of packaging for their brands available in cans. Their flagships Caramel Cream Ale and Category 3 IPA are included, as are Category 5 Imperial IPA (2014 Gold Medal Winner at the Best Florida Beer Championships) and their new Craft American Lager. 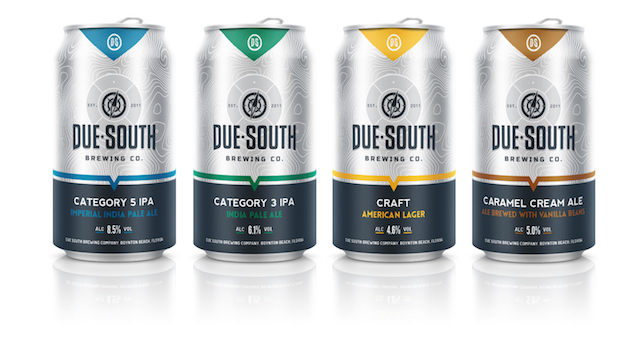 Mike Halker, founder of Due South says, “We’ve been brewing for over two years and when we opened there was no real need to address packaging as we only produced draft beer. After we began canning we quickly realized how important consistency was in our packaging. This step brings us to the next level in our growth and we’re very excited for the new cans to hit shelves.”

The cans will be available at retailers from Key West to Jacksonville starting in January.