(Boynton Beach, FL)  – Due South Brewing Company will be releasing their Grapefruit Category 5 IPA on June 30, 2017 on draft and in cans. It will be available in 4-packs to-go from the brewery taproom, and will be available in limited quantities across South Florida and the Tampa Bay area through Brown Distributing. 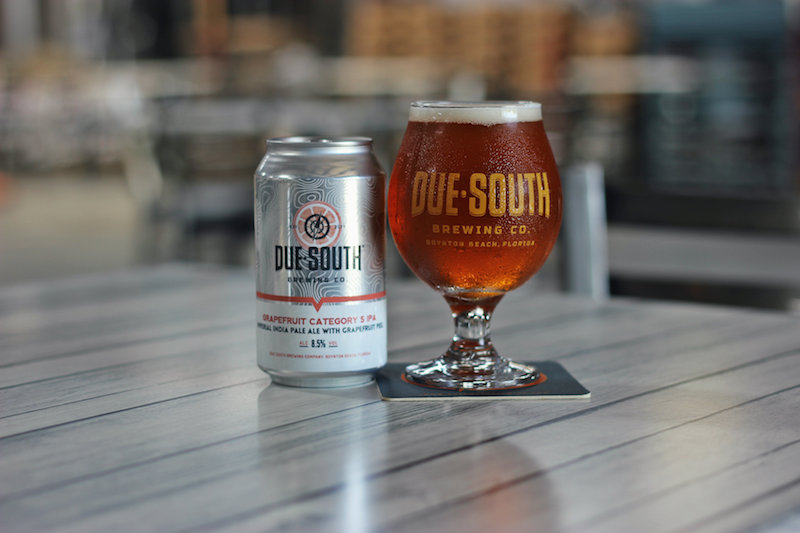 To create this beer, Due South brewers add copious amounts of local Fort Pierce grapefruit peel to the brewery’s Category 5 IPA as it is finishing fermentation. “This allows the beer to take on all of the characteristic flavors and aromas that we’ve come to love of the grapefruit,” Fairall added.