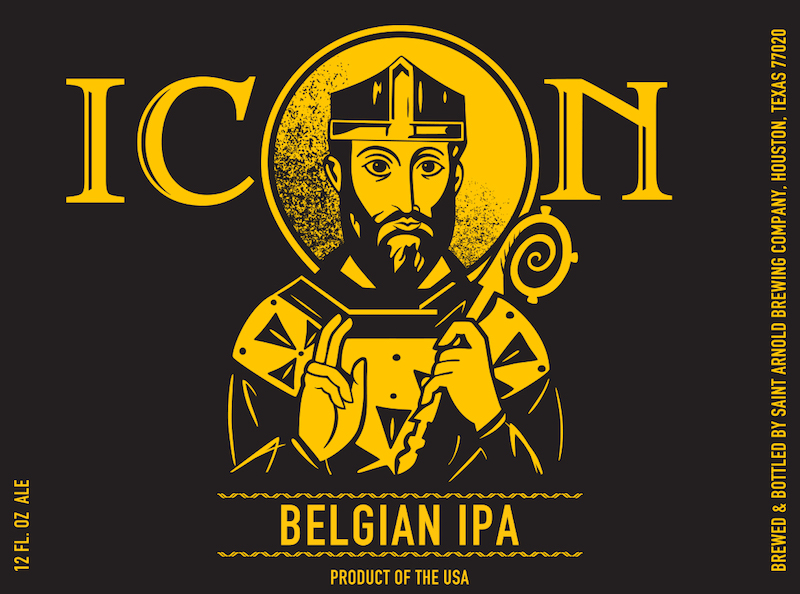 The history of the Belgian IPA style is relatively new compared to other beer styles. Belgian brewers were inspired by the American trend of hoppy beers and began combining their yeasts with American hops. Saint Arnold Icon Gold – Belgian IPA features a Bastogne trappist yeast in homage to the brewing traditions of Belgian monasteries. This trappist yeast is less phenolic and allows the hop aromas to shine. This beer was fermented at 66 degrees the first three days and self-rose to 72 degrees to control the phenolics even more.

“Beers in the Icon Gold portfolio are more focused on yeast strains. It’s the first time we have brewed this beer style, and we’re very happy with the result,” said Aaron Inkrott, brewing operations manager for Saint Arnold.

Icon Gold – Belgian IPA uses Centennial and Cascade hops, and is then dry-hopped with Citra. The nose is citrus with a touch of clove and pine. Pilsner, Vienna, and a touch of honey malt were used to give it a straw/hay aroma and add some body.

I’m always impressed with the creativity of the brewers to take an evolving style and make their own interpretation,” said Brock Wagner, founder/owner of Saint Arnold.

Beers in the Saint Arnold Icon series have limited release availability, typically three months, and will be available in six-pack bottles and on draft in Texas and Louisiana. More information on the Icon Series is available here. Upcoming beers in the Icon series include a Märzen brew with an estimated release in September.