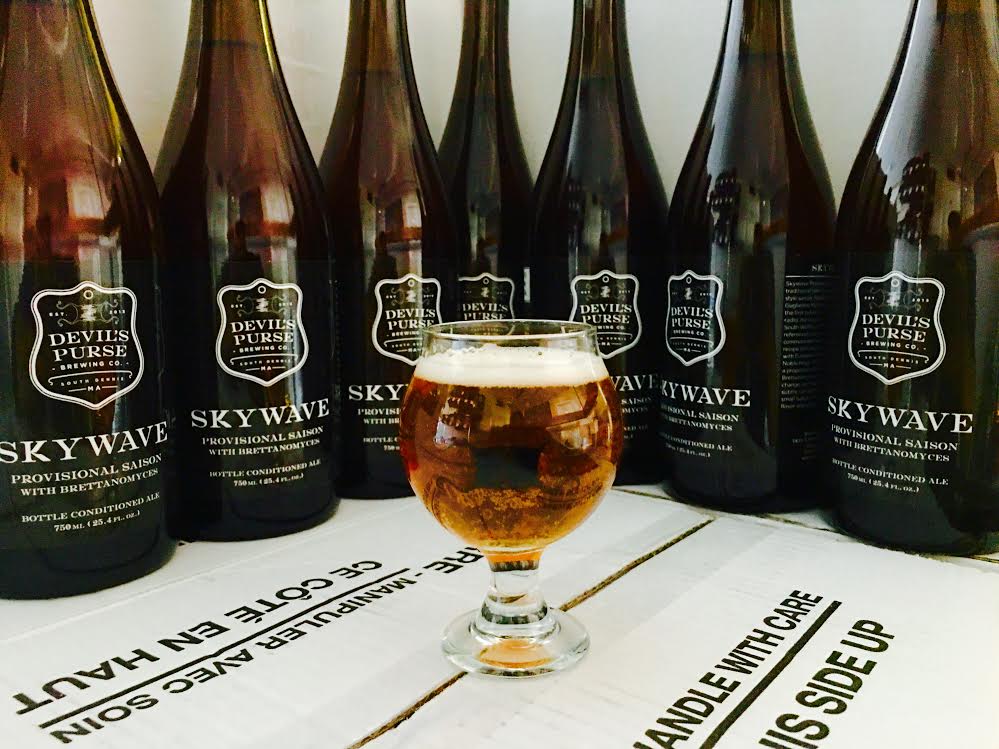 First released last December, Skywave was available only at the brewery and a handful of specialty craft beer stores around Cape Cod. The delivery of Skywave on March 3 marks the initial foray into Boston since Devil’s Purse opened in South Dennis May 2015. It is currently the only style of packaged beer for sale outside of the brewery and is only sold in Massachusetts.

“Ever since our brewery opened, we’ve been asked constantly by customers and retailers about when any Devil’s Purse beers would become available in Boston,” said Matthew Belson, co-founder and co-brewer of Devil’s Purse. “We’re thrilled to finally offer the Boston area craft beer scene our bottle conditioned Skywave, an intricate and funky Belgian-inspired beer.”

Skywave Provisional Saison is Devil’s Purse’s non-traditional take on a Franco-Belgian style saison. The name references the use of radio waves to communicate over the horizon and honors radio pioneer Guglielmo Marconi, who transmitted the first public two-way intercontinental radio message from a station in South Wellfleet, Mass., in 1903.

The recipe includes an all-barley grain bill with European malts and American grown Noble Hops. For fermentation, the brewery uses a proprietary blend of French saison and Brettanomyces yeasts.

Skywave pours a golden amber color with a fruity, earthy and spicy aroma reminiscent of cloves, cracked pepper, candied ginger, banana and dried citrus peel. At 6.2% ABV with 21 IBUs, Skywave is bone dry, yet silky on the palate.

“This is a complex beer that is delicious on its own but also pairs exceptionally well with food such as charcuterie, stinky cheeses and bitter greens like arugula or endive,” said Mike Segerson, co-founder and co-brewer.

Skywave is made in two of the brewery’s 7-barrel fermenters dedicated to beers with Brettanomyces and is limited to small batches of about one thousand 750 ml bottles.

“Skywave spends at least 30 days in the fermenter to allow for the Brettanomyces yeast to finish fermenting,” said Segerson. “Once bottled, we allow each batch to condition for another six to eight weeks before we decide to release it.”

While each new batch of Skywave that becomes available is ready to drink, Segerson said Skywave could cellar for one to two years and each batch could also have subtle variations in alcohol by volume, hops and malts.

“Over time the flavor and aroma of Skywave will evolve as the Brettanomyces yeast continues to mature inside the bottle,” he added.

Where to buy
Skywave Provisional Saison ($20 MSRP) can be found at the following locations: