(Washington, DC) – DC Brau and Cape May Brewing Company — two breweries committed to a spirit of camaraderie and innovation — have joined forces for two new collaborations, hitting this summer. Rosé du Gose, the first ever full-batch sour beer produced by DC Brau, will debut during SAVOR week in the nation’s capital this June, and an experimental IPA called L’Attitude follows later in the month in South Jersey.

“This collaboration has been particularly intuitive,” says Ryan Krill, CEO of Cape May Brewing Company. “We’ve built a great relationship with DC Brau over the years, and once the subject of a collaboration was raised, the ideas came quickly and easily. We’re all really excited about these beers, and we think our fans will be, too.”

“Collaborations are all about fusion with good friends coming together to create something unexpected,” says Brandon Skall, co-founder & CEO of DC Brau. “With both these beers, we’ve tested our limits and tried something new. We’re psyched for everyone to taste these beers this summer!”

Best known for its hoppy IPAs and German-style lagers, DC Brau had never brewed a full-batch salted sour until now. The Rosé du Gose is a simple, yet complex brew that boasts fruit-forward strawberry and peach flavors with their respective aromas thanks to the addition of more than 1,300 pounds of fresh fruit puree.

“The abundance of fruit is further accented by a light minerality that plays beautifully with the distinct sour notes to create a light-bodied brew that rounds out with a crisp, dry finish,” says DC Brau’s Brewmaster and Co-Founder Jeff Hancock. “Our aim is to craft a beer that sour fans will enjoy, and wine lovers will fall in love with.” 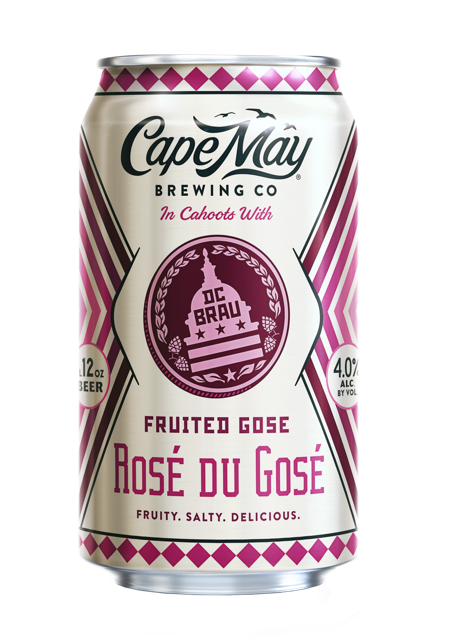 Both breweries are excited about the prospect of these beers.

“It’s fun to experiment and try new things,” Cape May’s Director of Brewing Operations Jimmy Valm says, “but pushing the boundaries a little more to change what people think beer can taste like is always fun for us.”

The second part of the collaboration — L’attitude, an experimental IPA — is being brewed by Cape May using two bold, experimental hops varieties: Experimental #09326 from Hopsteiner and HBC 342 from YCH. L’Attitude has notes of tropical fruits, berries, orange citrus, all in a dry ale with a unique yeast ester profile of apricots and a touch of spice.

The gose will debut at a release party at Boundary Stone in Bloomingdale on Thursday, May 31st to kick off SAVOR with The Bastard Sons of Captain Mey. DC Brau also plans to pour the Rosé du Gose at SAVOR: An American Craft Beer & Food Experience on June 1st and 2nd at the National Building Museum in Washington, DC (www.savorcraftbeer.com). L’Attitude will release later this summer in the South Jersey area. 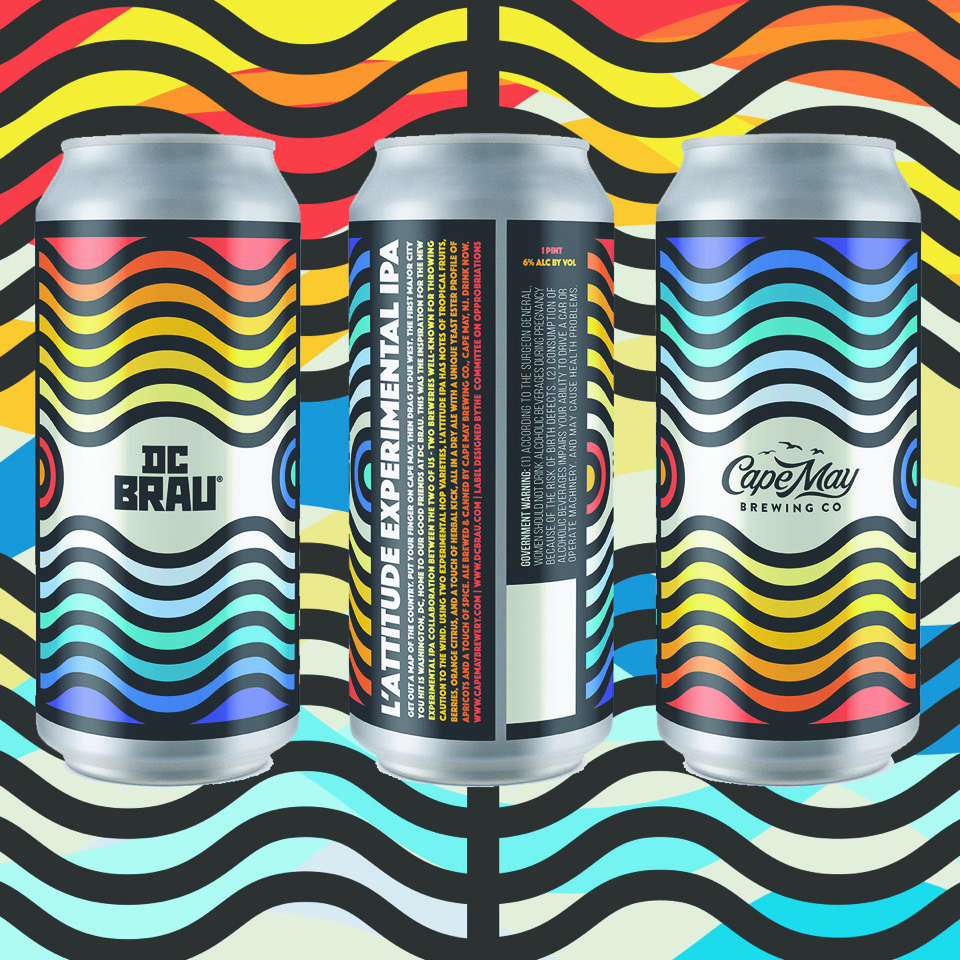 Once upon a time, 20-something Ryan Krill earned a six-figure salary working in finance and real estate development in Manhattan, while his college roommate, Chris Henke, designed commercial satellites. During a summer weekend at the Jersey shore, they brewed a batch of beer with Ryan’s dad. “Should we open a brewery?” Ryan asked, only half-serious. But, by the following year, the three guys had secured a space at Cape May Airport where they concocted a makeshift brew system and honed their beer-making skills. In 2011, they started with one client. Today, there are hundreds of accounts in New Jersey and Pennsylvania proudly serving the guys’ award-winning recipes. And CMBC’s fearless leaders have never looked back. For more information on Cape May Brewing Company, including for tours and tastings, see capemaybrewery.com.
About DC Brau:
When co-founders Brandon Skall and Jeff Hancock opened the doors to their brewery in 2011 on Bladensburg Road in NE Washington, DC Brau Brewing Company became the first packaging brewery inside the District of Columbia since 1956. DC Brau’s signature brews include: The Public (Pale Ale), The Corruption (IPA), The Citizen (Belgian-style Ale), Brau Pils (German-style Pilsner), and Penn Quarter Porter (Robust Porter), with seasonal and special brews available throughout the year including the award-winning On the Wings of Armageddon (Double IPA). For more information on DC Brau, visit www.dcbrau.com, and follow on social media @dcbrau.