(Fort Wayne, IN) – Mad Anthony’s summer seasonal Imperial IPA, Hop Loco, is back and it’s got a fresh look. After proudly winning the Silver Medal in the India Pale Ale category at the 2017 Indiana Brewers Cup, we knew that we had to get this special Imperial IPA out to the public. We took Hop Loco “out of the box” and put it into it’s own 6 pack carrier, giving this MadBrew it‘s own bright, bold look. 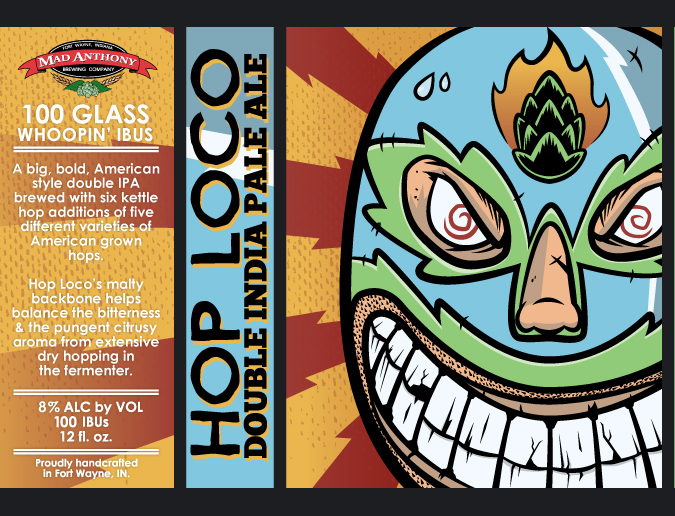