(Asheville, NC) –  The CANarchy Craft Brewery Collective is proud to announce the opening of the Collaboratory. The Collaboratory is more than a brewery and restaurant. It’s a place for collaboration, exploration and experimentation around beer and culture, where brewers can partner and push the boundaries of beer. It’s a place designed for the community to gather and savor distinctive dishes paired with one-of-a-kind beers available nowhere else. The Collaboratory opens its doors to the public today. 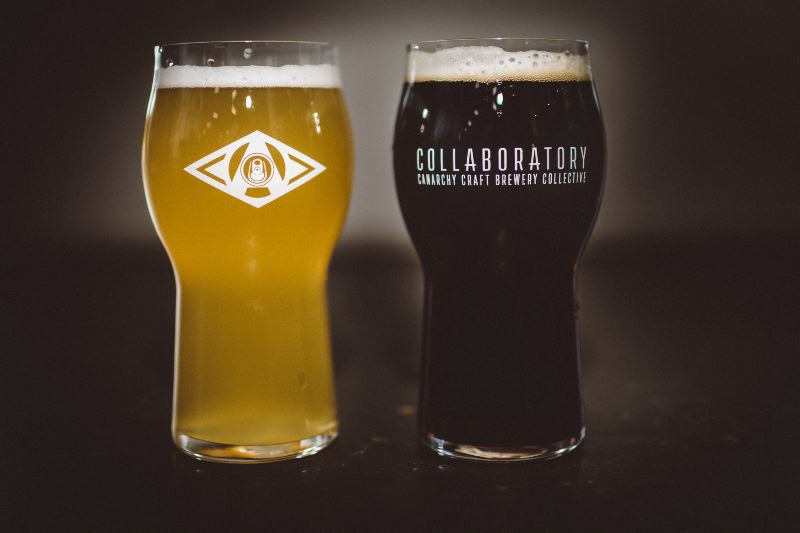 The Collaboratory, located at 39 N Lexington Ave, specializes in cutting-edge flavors and brewing methods. Wayne Wambles, Brewmaster for the Collaboratory and also for Cigar City Brewing, will lead the brewing of two to four beers a week at the Lexington Ave space, with an emphasis on limited-edition, small-batch collaboration beers from leading craft breweries in Asheville, throughout the U.S. and around the world.

“Collaboration beers with some of the most well-respected breweries in Western North Carolina appear on this opening tap list,” said Aaron Baker, Oskar Blues Senior Marketing Manager. “These breweries have pushed the boundaries of craft beer for years, and we’re honored that our tap lineup represents a once-in-a-lifetime chance to try projects from all of them in one place.”

Click here to see what’s on tap for the opening – a list curated by Wambles in conjunction with esteemed brewers from across the United States.

The Collaboratory menu is designed to perfectly complement the tap list, with elevated pub fare featuring seasonal and locally-sourced ingredients; and many dishes that feature beer in their recipes. Head Chef Polo Alonso believes that incorporating distinctive brews into the menu creates an unmatched culinary experience.

Be among the first to experience the Collaboratory – a craft beer and food concept bringing unconventional fare to Asheville via unprecedented partnerships. Learn more about the Collaboratory here or email Aaron Baker at [email protected] with questions.
About CANarchy Craft Brewery Collective
Founded in 2015, CANarchy is a disruptive collective of like-minded brewers dedicated to bringing high-quality, innovative flavors to drinkers in the name of independent craft beer. The portfolio of craft breweries, partially funded by Fireman Capital Partners, includes Oskar Blues Brewery, Perrin Brewing Company, Cigar City Brewing, Squatters Craft Beers and Wasatch Brewery, Deep Ellum Brewing Company and Three Weavers Brewing Company. In 2018, CANarchy was ranked #8 on the BA’s list of the Top 50 U.S. Craft Brewers as ranked by sales volume, having produced 421,222 bbls. Voted “Craft Brewery of the Year” by Brewbound in 2018, the collective provides craft beer to 50 U.S. states, Washington, D.C., and parts of 17 countries spanning five continents.

About Collaboratory
Collaboratory is a restaurant and brewpub that provides Asheville, North Carolina, with innovative flavors in beer and food. Established in 2019 by the CANarchy Craft Brewery Collective, Collaboratory is a space for members of the Collective and breweries from across the nation and around the world to experiment with recipes, ingredients and processes. The spirit of collaboration extends beyond brewing into food, art, and culture with an emphasis on celebrating the local Asheville community.