(Ashland, OR) — This year’s Talent Harvest Festival will feature Oregon’s first solar farm beer. Caldera Brewing is delighted to introduce a new collaboration, “Let’s Bee Friends IPA,” that uses honey harvested from a pollinator-friendly solar farm near Medford. Unlike many solar sites, this one features perennial flowering native plants under and around the panels which meaningfully benefit honey bees and other pollinators, as well as holding the soil on site and improving it over time. “Let’s Bee Friends IPA” will be first available at the Talent Harvest Festival and then in the Caldera Brewery & Restaurant in Ashland. 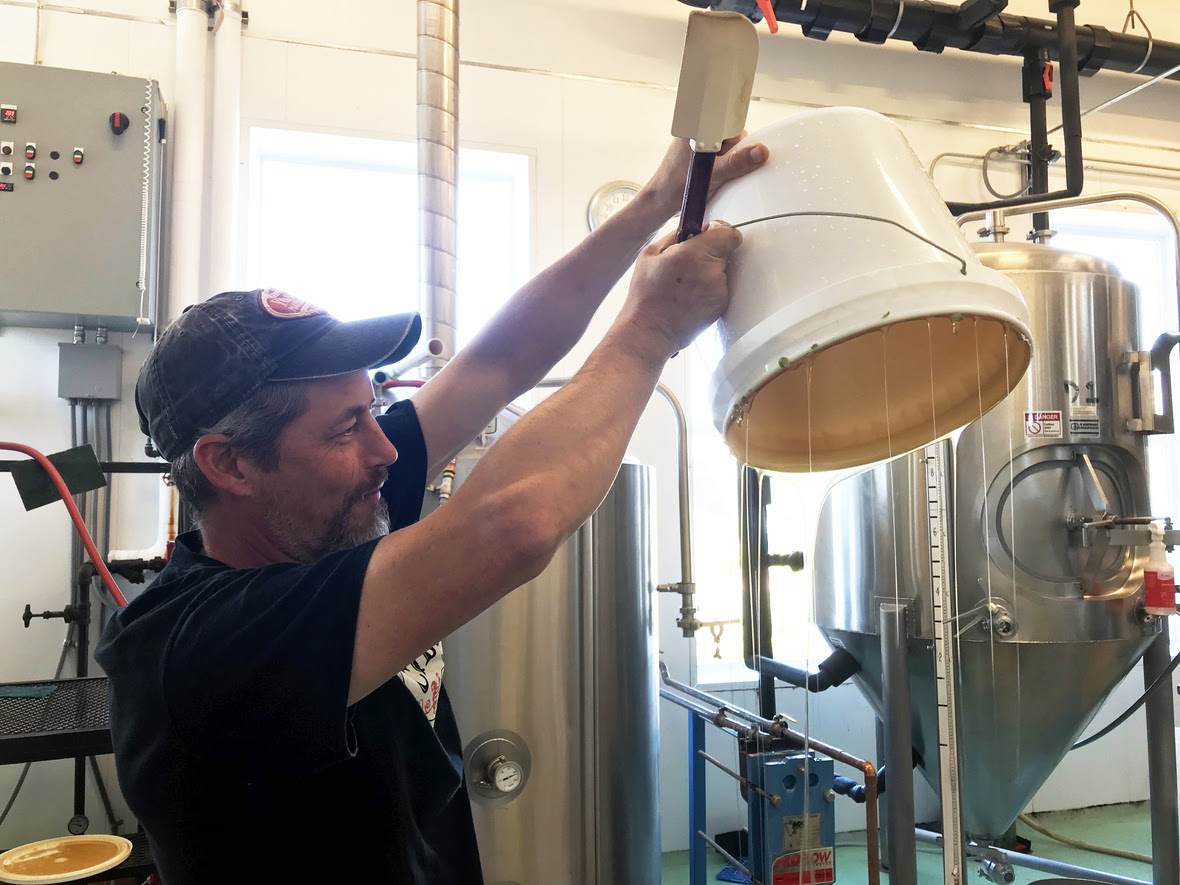 The Talent Harvest Festival is on Oct. 6 and Caldera Brewing is a presenting sponsor. Jars of honey, in addition to pints of Let’s Bee Friends IPA, will be available for purchase during the event. Find more event details at cityoftalent.org/ harvestfestival

“Having a beer is a great way to discuss win-win-win solutions,” said Jim Mills of Caldera Brewing. “For this collaboration, we brought together an accomplished local beekeeper, an ecologically innovative solar developer, and a mission-driven clean energy nonprofit—the result is as delicious in the glass as it is on the landscape.”

“Oregon’s pollinator populations are in crisis and urgently need more places that both provide a diversity of nectar and pollen sources and are not directly sprayed with insecticides,” said John Jacob, founder of Old Sol Apiaries. “Pollinator-friendly solar farms are a great place to keep managed honey bees, provide habitat for our native bees and wildlife, and support renewable energy and a sustainable food supply.”

“While the upfront cost to revegetate with pollinator-friendly natives is more than the turf commonly seen on solar farms, we expect to see long-term savings over the life of the project based on reduced maintenance costs realized through the efficiencies of native species,” said Julianne Wooten, environmental manager for Pine Gate Renewables.

“It is encouraging that more and more people are recognizing the agricultural, ecological, and economic benefits of establishing flowering and low-growing meadows under and around solar arrays. Caldera Brewing’s new beer provides another opportunity for local interests to find common ground,” said Rob Davis, director of the Center for Pollinators in Energy at Fresh Energy.

Soil Health
Statewide Oregon has more than 15 million acres of agricultural land and uses more than 300,000 acres to grow turfgrass seed. The United States Department of Agriculture National Conservation Resources Service (NRCS) reports that erosion rates on Oregon cropland have fallen from an average of 5.3 tons per acre per year in 1982 to 3.8 tons of topsoil loss per acre per year in 2007. Perennial native vegetation, like that being established by Pine Gate Renewables on its Oregon solar farms, holds topsoil on site and has deep root structures that break up compaction and add soil organic matter over the life of the project. Climate and soil scientists expect that the increasing intensity of storms and rainfall events will result in significantly higher topsoil losses on cropland without perennial vegetation.

Pollinator Health
Despite a national goal of stabilizing annual honey bee losses at 15 percent of hives, Bee Informed Partnership reports that Oregon beekeepers lost 35 percent of hives from April 2017 through March 2018. According to USDA National Agricultural Statistics Service, Oregon had more than 110,000 hives during this time and thus more than 38,000 honey bee hives died statewide. Creating acres of healthy habitat on solar sites, roadsides, and other managed landscapes has been identified as one of the leading strategies to improve overall pollinator health.

Diversified Revenue for More Resilient Farms
Mindful of the instability of on-farm revenue over the last decade, a growing number of farmers are choosing to sign a long-term lease for a portion of their land to host ground-mounted solar panels. In addition to directly generating lease revenue for the farm, solar sites designed with low-growing flowering plants under and around the panels can benefit pollinators needed for nearby crops. Most of Oregon’s specialty crop producers (e.g. pears, blackberries, blueberries, cherries, and apples) depend on honey bees and native bees to produce a marketable crop and maximize yields. Nationally, Oregon is the #1 leading producer of blackberries and #2 producer of pears and blueberries. A recent peer-reviewed study, “Examining the Potential for Agricultural Benefits from Pollinator Habitat at Solar Facilities in the United States,” published in Environmental