(Placentia, CA) – On Friday, we take a return trip and celebrate the public draft and bottle release of the latest edition of Mélange #9. 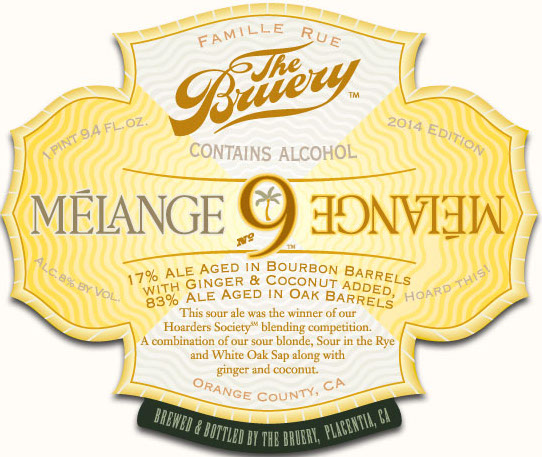 This return trip to the tropics is filled with oak, spice and everything nice. Mélange #9 takes inspiration from a Hoarders Society blend created in 2013 and released in 2014. To achieve this beer’s signature refreshing and tropical flavor profile, we created a blend of oak-aged sour ale, featuring our tart sour blonde ale and subtly spicy Sour in the Rye. We then folded our bourbon barrel-aged wheatwine into the blend for enhanced sweetness, lending notes of barrel spice, vanilla and coconut as well. These complementary tropical flavors are escalated further in the blended beer by the addition of coconut and ginger. It’s a melange that took months in the making, and it’s best enjoyed on island time.

Mélange #9 will be available at both Tasting Rooms starting on Friday when we open at noon. For our out-of-town friends in California, bottles will also be available on TheBrueryStore.com. 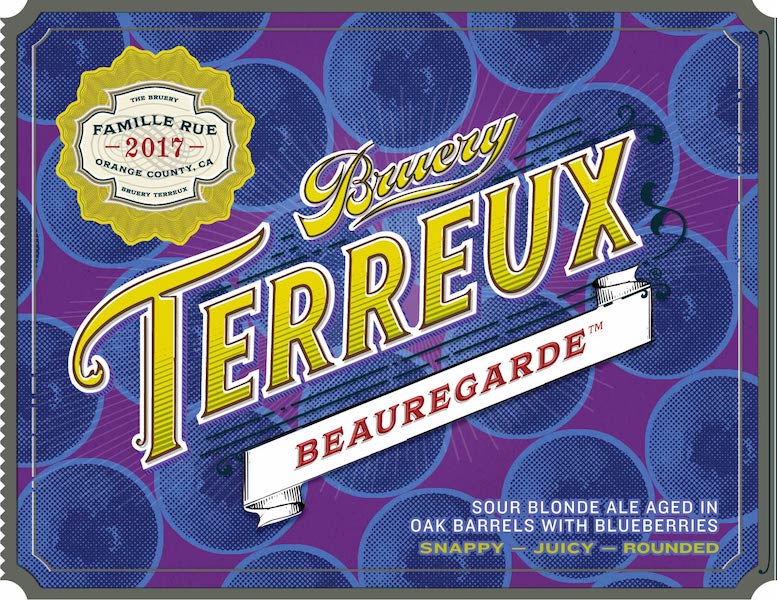 In 2013, we experimented for the first time with blueberries in our barrel-aged sour blonde ale. This year, a new tour with the violet beer, Beauregarde, departs from Bruery Terreux. Beauregarde is true to its namesake – it’s snappy and juicy from the addition of blueberries to our sour blonde ale, and it’s incredibly rounded from extended oak barrel-aging.

Starting Friday, Beauregarde will be available on draft and in bottles to-go at both Tasting Rooms. For our out-of-town friends in California, bottles will also be available on TheBrueryStore.com.