(North Hoosick and Troy, NY) – Brown’s Brewing Company announces the launch of its Hashtag IPA series in 16 oz can four packs. Driven by the brewers’ desire to explore the entire complexity of hops, this New England style India Pale Ale series is crisp, juicy, clean, and utterly approachable. 2018 will see three iterations in limited quantities, each with a different intriguing hop combination. The carton and the bottom of the cans will provide the key to what’s inside. 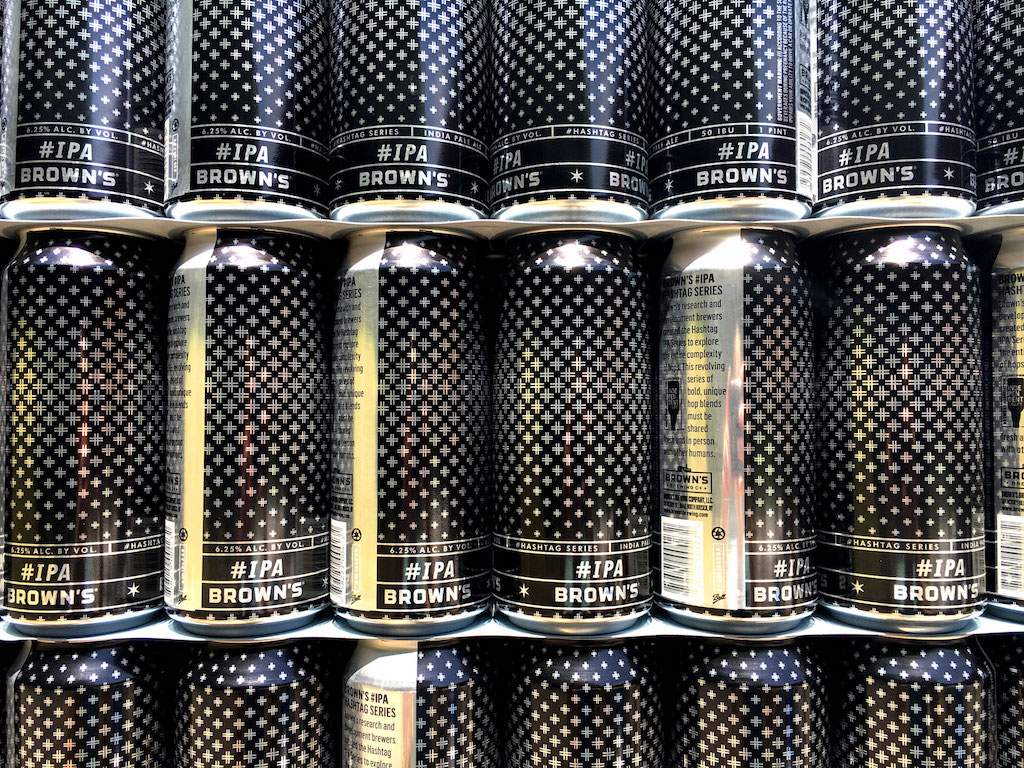 #suchtaste, the first in the series, features the earthy and herbal tones of Mosaic hops bringing forward the melon and passion fruit juiciness of the Citra hops. Look for #suchtaste in mid-June.

In #bikes, with a release date in late August, the grapefruit and citrus flavor profile of Amarillo hops complements the complex earthiness of the Mosaic hops.

#getmoney rounds out 2018 in late October with slightly bitter and tropical flavors of Azacca hops accentuates the delicate juiciness of the El Dorado hops.

In order to provide the freshest product possible, Brown’s will can the day before these are released for sale. This “fresh drop” approach will extent to the entire distribution networks. These 6.25% ABV New England style IPAs should be refrigerated and consumed immediately for optimum taste and enjoyment.

Brown’s Brewing Company is fiercely independent and constantly refines its craft. The husband and wife team of Garry and Kelly Brown renovated a 175-year-old forgotten warehouse on River Street in Troy, NY building a highly regarded and loved brewery and taproom, the first of its kind in New York State. The Browns sought more space and acquired a second blighted 175-year-old factory space located in North Hoosick, NY. The Walloomsac Brewery and Taproom facility provided the opportunity for Brown’s beer to be brewed and packaged. With an expanding distribution network across three states, two separate brew houses, a state of the art canning facility, two award-winning restaurants, a highly sought after private event space, and being a hub of memorable experiences, Brown’s Brewing Company has crafted an evolving revolution of its own. For more information, visit brownsbrewing.com.