(Brooklyn,NY) – Here at Brooklyn Brewery, we are, of course, beer people. But we are also “drinks people,” and many inspirations come to us out of the deep and wondrous world of cocktails. While surely invented earlier, the modern cocktail emerged in the 19th century. The original—the ur-cocktail, if you will—was the Old Fashioned. A deceptively simple drink consisting of whiskey, sugar, and bitters (stirred, not shaken), usually with a bit of citrus peel, a good Old Fashioned remains a thing of austere beauty. By the 1860s, some bartenders, Jerry Thomas (aka “The Professor”) chief among them, became household names in America. A mixologist (believe it or not, the moniker is actually old) looking to make a name for himself would often make a change to an existing cocktail, perhaps adding absinthe, or curaçao, or a dash of maraschino liqueur. This new version would be rakishly referred to as “improved,” as the upstart barman fervently hoped to eclipse his predecessor. 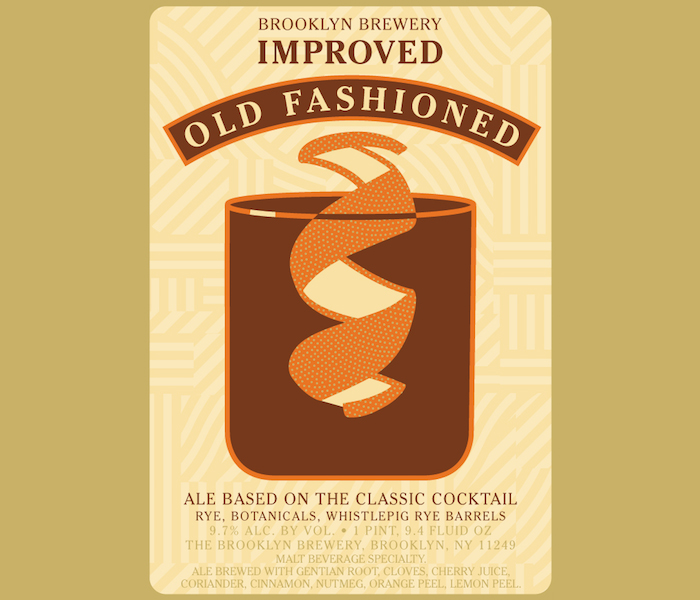 Well, we’ve gone this idea one better. We have “improved” the Old Fashioned by making it into a beer. Witness our strong rye beer, suffused with various spices and peels! Wonder at its long blissful rest in WhistlePig Rye Whiskey oak barrels! Marvel at its clever infusions of bitter gentian root and enticing botanicals! And then enjoy, as you are greeted by the silky spice of rye, the firm herbal bitterness, the brightness of citrus, and the sweet warmth of oak. Sit in your favorite chair, surround yourself with your favorite people, and imbibe this, our latest Brooklyn Quarterly Experiment. We can nearly guarantee that you shall feel that your day has, in fact, improved.