(BALTIMORE, MD) — The “Uncharted Waters” Series by Heavy Seas Beer will soon welcome its newest addition, Plank IV. As the fourth offering of the Plank Series, this limited release will be available from March to April in all 18 states where Heavy Seas Beer is distributed. 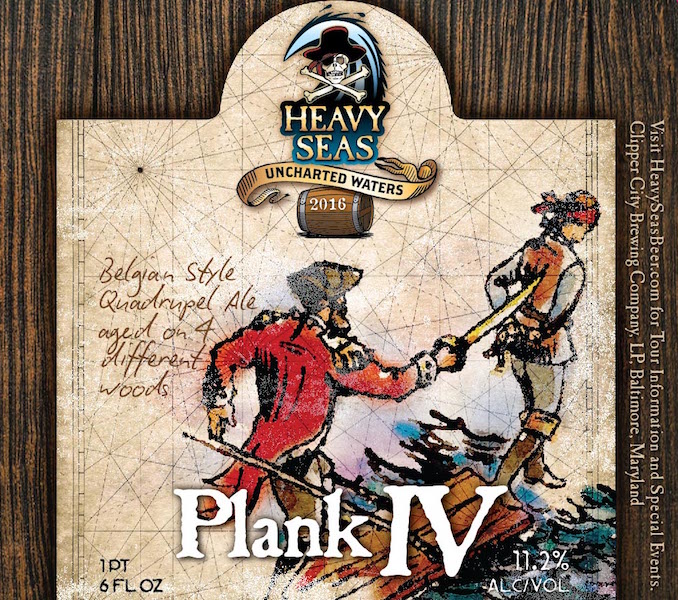 In 2011, the Plank project began. In brief, the goal was to influence the flavor profile of beer using woods that have rarely, if ever, been used in aging beer before. Plank I was an “olde style” English Ale aged on kilned Poplar wood planks. Plank II in 2012 was a German style Doppelbock aged on a combination of Poplar and Eucalyptus wood. Plank III in 2014 was a Belgian Tripel aged on Jamaiican Allspice wood.