(COOPERSTOWN, NY) As cooler weather settles in on the northeast, Brewery Ommegang is pleased to introduce their latest limited edition brew: Ommegang Smoked Porter. This nod to a traditional English beer is brewed with subtle additions of smoked malt and a touch of Saaz hops to add additional depth and character to an otherwise traditional English brew. While the style is a departure from Ommegang’s traditional Belgian-style beers, the characteristic aromas of chocolate malt along with caramelized sugar are reminiscent of many things Belgian, and of all things good. Smoked Porter is available now in limited quantities in four-packs and on draft while supplies last. 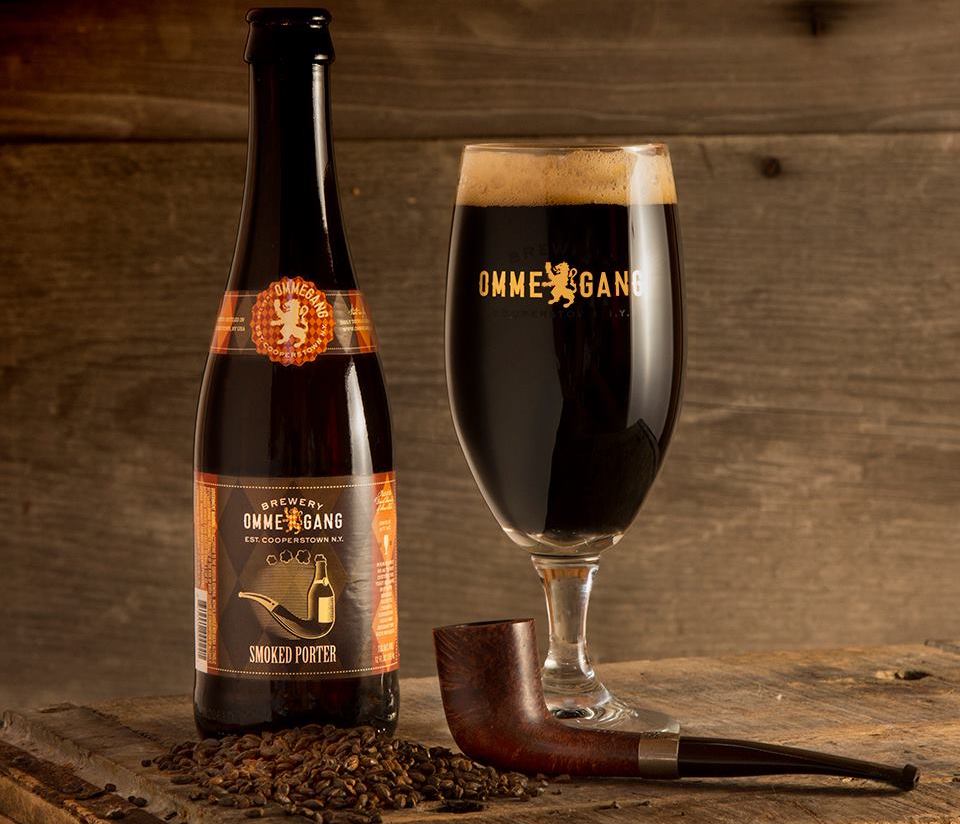 Smoked Porter is brewed with a carefully crafted blend of Pilsner, Special B, Munich 20, Cara-20, Midnight Wheat, chocolate malt, and smoked malt. Balanced hopping is achieved with Saaz, while fermentation with American ale yeast ensures the malt remains in the spotlight.
This 7.6% ABV beer pours a deep dark brown – almost black – with a thick tan head. Aromas of cocoa, burnt sugar, and roasted malt give way to subtle hints of smoke. The flavor follows the aroma with rich notes of cocoa and roasted malt, followed by caramel sweetness and mild smoke. A medium-full body leads to a well-rounded finish with lingering smoke on the backend.

Smoked Porter is a wonder accompaniment for a variety of foods. Pair smoke with smoke – and enjoy with smoked meats and cheeses. It’s also an ideal charcuterie beer, and a wonder pairing for rich confections like chocolate cheesecake.

About Brewery Ommegang
Brewery Ommegang opened in 1997 to brew imaginative craft beers across a variety of styles, with particular emphasis and respect for Belgian brewing traditions. Ommegang brews nine ales year-round, as well as an extensive and innovative range of seasonal and specialty ales. The beers have won a national following by connoisseurs of fine beer and are distributed in 46 states and internationally. Ommegang is located on a 136-acre farmstead in Cooperstown, New York and offers free daily tours and inexpensive tastings as well as a 75-seat café, a well-stocked brewery store, and an annual calendar of public events including a summer concert series and a legendary beer festival, Belgium Comes to Cooperstown. Ommegang is open every day of the year except for Thanksgiving, Christmas Day, New Year’s Day, and occasional special event days. For more information, contact [email protected], call 1-607-544-1800, or visit www.ommegang.com. Ommegang is a member of the Duvel family of fine beers. Follow Ommegang on Twitter: @BreweryOmmegang, Facebook.com/Ommegang, and Instagram: @BreweryOmmegang