(Portland, OR) – Breakside Brewery is beyond excited to release last years GABF silver medal winning “Passionfruit Sour” as a summer seasonal release available in 22oz bottles and on draft. We believe Passionfruit Sour may be the most widely released and affordable sour beer on the market with a suggested retail price of about $6. Passionfruit Sour is available now through our distributors in Oregon, Washington, British Columbia, Hawaii and Japan in bottles and kegs. 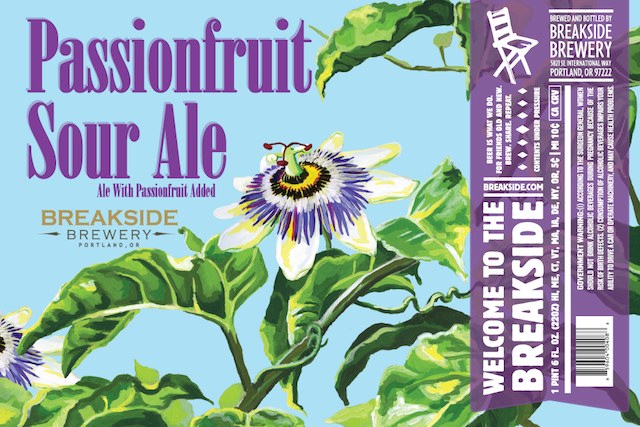 Passionfruit Sour Ale Description
An uncommon sour ale with a kiss of tropical fruit. Our award­ winning sour ale returns for 2014 as our official “summer seasonal.” Passionfruit Sour is brewed as a traditional German Berliner weisse, and then we add a unique, tropical twist. We use lactic acid­ producing bacteria to produce a beer that is light in body, extremely refreshing, and mouth puckeringly tart. The addition of passionfruit in our lagering tanks gives this beer an inviting stonefruit aroma.