(Bend, OR)  – Incredible Pulp is coming in with its superpowers to blow the consumer away!

Incredible Pulp Blood Orange Extra Pale Ale is smashing into Boneyard Beer’s line-up. The beer first debuted May, but was such a hit with employees, Boneyard decided to keep it around for the long haul. This beer gets a huge punch from Blood Orange Puree. Brewmaster Mark says, “This beer has a citrus hop profile and pilsner malt platform that goes through secondary fermentation on blood orange.” The mild grain bill with citrus hops and blood orange really makes the Extra Pale pop. Brewer Ian says, “This is a great year-round beer if you want to venture out of the cold and reminisce on the sunny, crisp days of summer.” 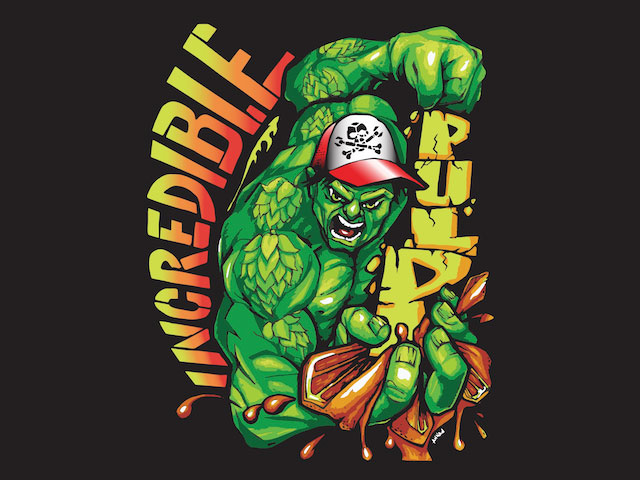 This citrus-forward Extra Pale will slap you in the tastebuds with flavors of Northwest hops and Blood Orange. Incredible Pulp is 6% ABV and 35 IBU’s. Boneyard’s Incredible Pulp will be available on draft year round.

In 2010, Boneyard Beer was started in an old auto shop tucked away in the backstreets of Bend, Oregon’s historical district. Without any outside investors or major bank loans, Boneyard’s inception was unconventional to say the least. After decades in the brewing industry, owner Tony Lawrence built up a “boneyard” of old equipment he collected from 13 different breweries around the country. Alongside co-founders, Clay and Melodee Storey, this second-hand brewing equipment was pieced together to brew the first batch of Boneyard Beer in May 2010. Boneyard currently distributes draft beer in Oregon and Washington.