(Raleigh,NC) While planning the 2014 line up of beers the brewers at Raleigh’s Big Boss Brewing Company wanted to keep traditions alive while moving forward with new concepts, ideas and brewing styles.   Everyone agreed that a hop-forward series of beers was inevitable.   The Alpha Team was assembled, a series of four uniquely hopped beers to build around the popularity of our black IPA, Night Knight.

THE CENTAUR SAISON  is dry hopped with Mosaic.  The French Saison yeast and hops work together here to create a real citrus, grape-fruity presentation.  A hybrid beer named after a hybrid beast.  Available in  March & April.

NIGHT KNIGHT BLACK IPA is dark in color, roasty in flavor and balanced with bittering hops.  The American Black ale or however you want to classify it is the best of both worlds – malts and hops working together for the greater good!  Available in April & May.

LOCAL GIRL ESTATE HOPPED ALE – The most ambitious beer in the line-up featuring hops grown on our property here in Raleigh.   Hand-picked Centennial, Cascade, Chinook whole leaf hops will fill our hopback at the end of the year to create this very limited edition beer. 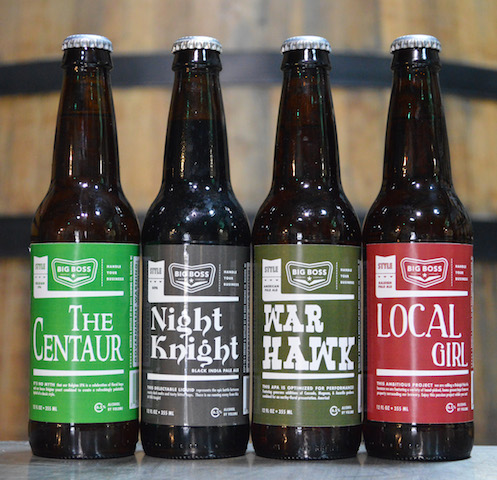