Beginning in April, fans will start to see refreshed packaging for Bell’s Porter (5.6% ABV) and Bell’s Kalamazoo Stout (6% ABV). Inside will be the same Bell’s beer fans have loved from the beginning.

“We’ve been brewing both of these beers since the late ’80s. Along with Amber Ale, these two were some of our first craft beers to hit the market, offering a flavorful alternative to what was pretty much the only option at the time (domestic, light beer).” said Larry Bell, President and Founder of Bell’s Brewery.

Named after the city where Bell’s began and still brews to this day, Kalamazoo Stout is one of Bell’s most classic recipes. Originally debuting in 1988, this smooth, full-bodied stout offers a blend of aromas and flavors of dark chocolate and freshly roasted coffee, balanced with a significant hop presence.

Kalamazoo Stout is a mainstay in the Bell’s portfolio and a prefect craft beer to enjoy year-round. 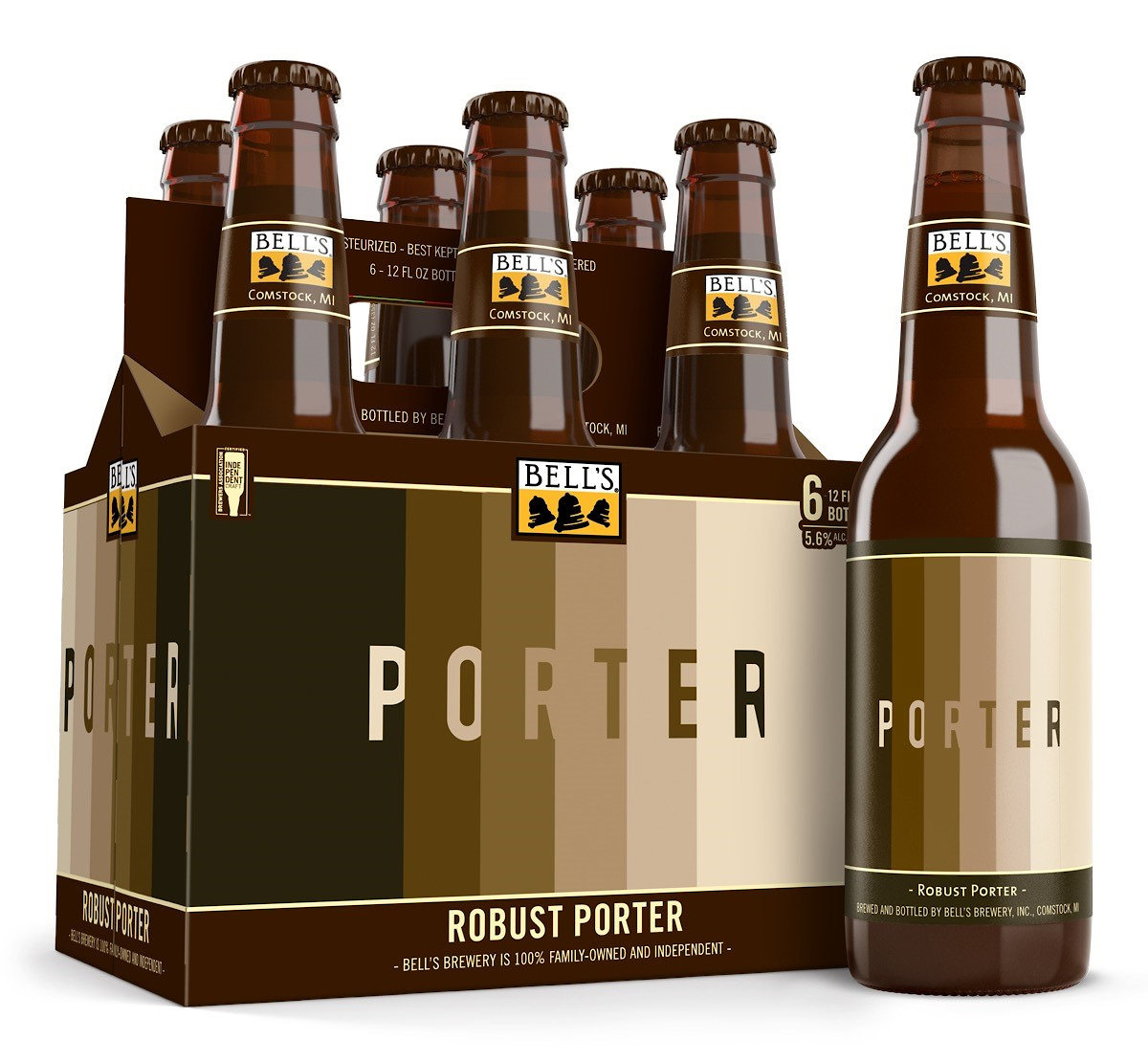 Bell’s award-winning Porter bridges the gap between malty brown ales and heavily roasted stouts. Notes of chocolate, coffee and roasted barley are offset with just a slight hop bitterness. Bell’s Porter is another one of Bell’s darker, roastier offerings that can be enjoyed during the warmer months as well as during the colder months.

Both Bell’s Porter and Kalamazoo Stout are available on draft and in 12 oz. bottles packaged in 6-packs. Both beers are available year-round.

Bell’s Brewery, Inc. began in 1985 with a quest for better beer and a 15 gallon soup kettle. Since then, we’ve grown into a regional craft brewery that employs more than 550 people over a 39 state area, in addition to Puerto Rico and Washington DC. The dedication to brewing flavorful, unfiltered, quality craft beers that started in 1985 is still with us today. We currently brew over 20 beers for distribution as well as many other small batch beers that are served at our pub in Kalamazoo, the Eccentric Cafe. Our ongoing goal is to brew thoughtfully, creatively and artistically. 100% family-owned and independent, we strive to bring an authentic and pleasant experience to all of our customers through our unique ales and lagers. For more information, please visit bellsbeer.com.