(CHICAGO, IL) — Half Acre Beer Co. announces its newest core beer: Bodem IPA, a New American IPA smack in the middle of West and East Coast styles, with a flavor profile that marks a new note for the brewery. 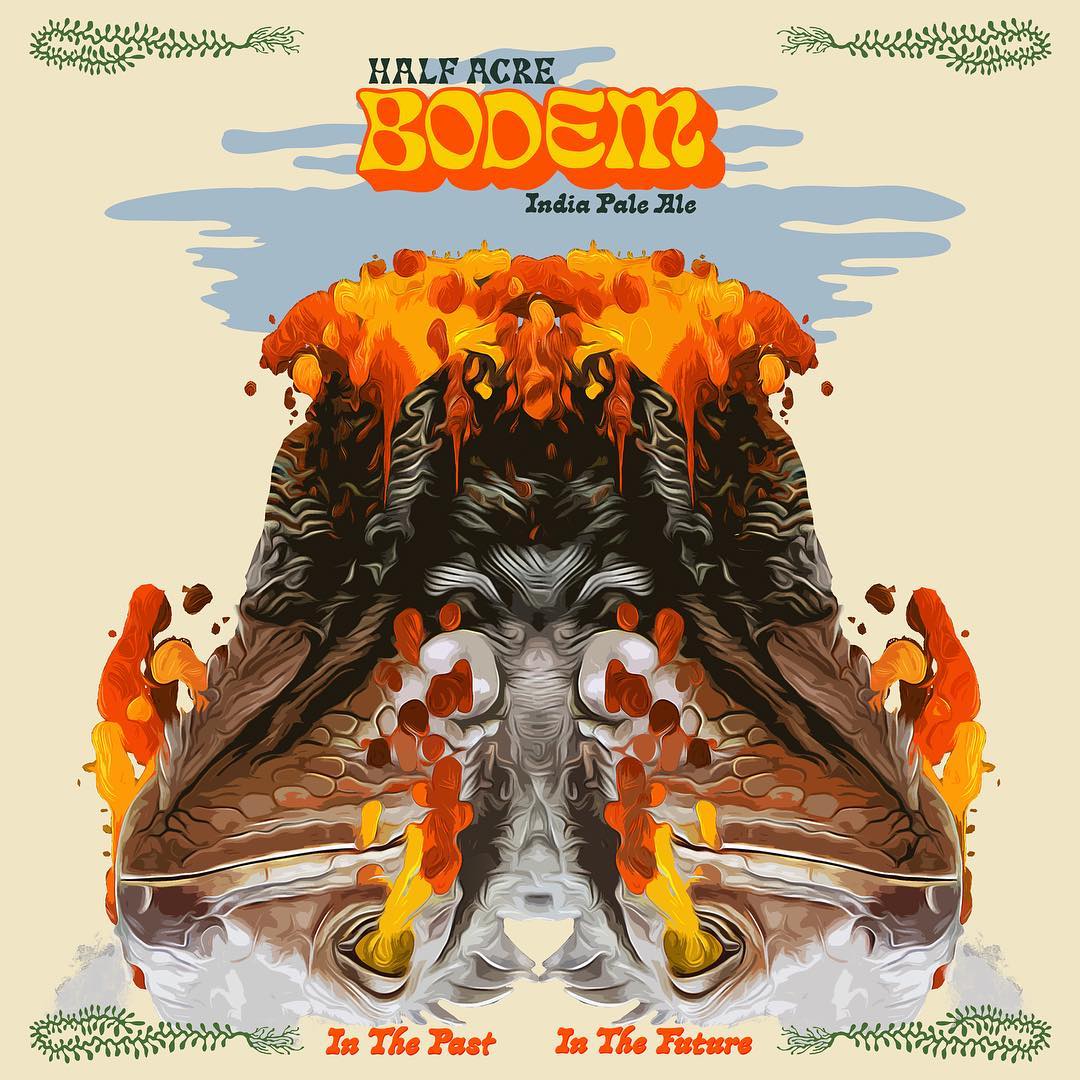 Since its founding in 2007, Half Acre has been synonymous with bone-dry West Coast IPAs. Bodem IPA is different, balanced with a soft, welcoming mouthfeel that plays to the sticky citrus and tropical fruit qualities of the hops.

In developing Bodem IPA, Half Acre found an opportunity to diversify its approach to hoppy beers and offer beer drinkers a reliable year-round IPA. Bodem IPA is accessible for classic craft drinkers and intriguing for those intimately familiar with Half Acre’s portfolio of pioneering brews.

Bodem—Dutch for “soil”—is a reference to earthiness, to the creation of new landscapes and the transforming potential of hop varietals.

Half Acre will release Bodem IPA to the public on Friday, April 26 in its Lincoln Avenue and Balmoral Avenue Taprooms and Store, following an industry and media preview on Thursday, April 25. Bodem IPA (6.8%) will be available on draft and in 16-ounce four-packs starting Monday, April 29.

About Half Acre Beer Co.
Half Acre Beer Co. makes future-forward beers, not to be big but best. Founded in 2007 by Gabriel Magliaro, the company has evolved from a 15-barrel brewhouse on Lincoln Avenue in Chicago’s North Center neighborhood into two breweries producing about 50,000 barrels annually; two Taprooms serving comfortably elevated, plain delicious food; a workshop for custom tap handles; and a direct-to-consumer Store that brings the communal Half Acre experience full circle. Its diverse portfolio ranges from the decade-old flagship Daisy Cutter Pale Ale, which kickstarted the canned craft beer wave, to taproom-only wyld beers. Half Acre is a culture of humans that respects one another, considers integrity a benchmark for success and appreciates your interest in what we make. In 2018, the company ranked 13th in Craft Beer & Brewing’s survey of best medium-sized breweries in the U.S. Half Acre is at 4257 N. Lincoln Ave. and 2050 W. Balmoral Ave. For more, go to halfacrebeer.com.