(Comstock, MI) – We are honored to celebrate another independent craft brewery’s 30th Anniversary. 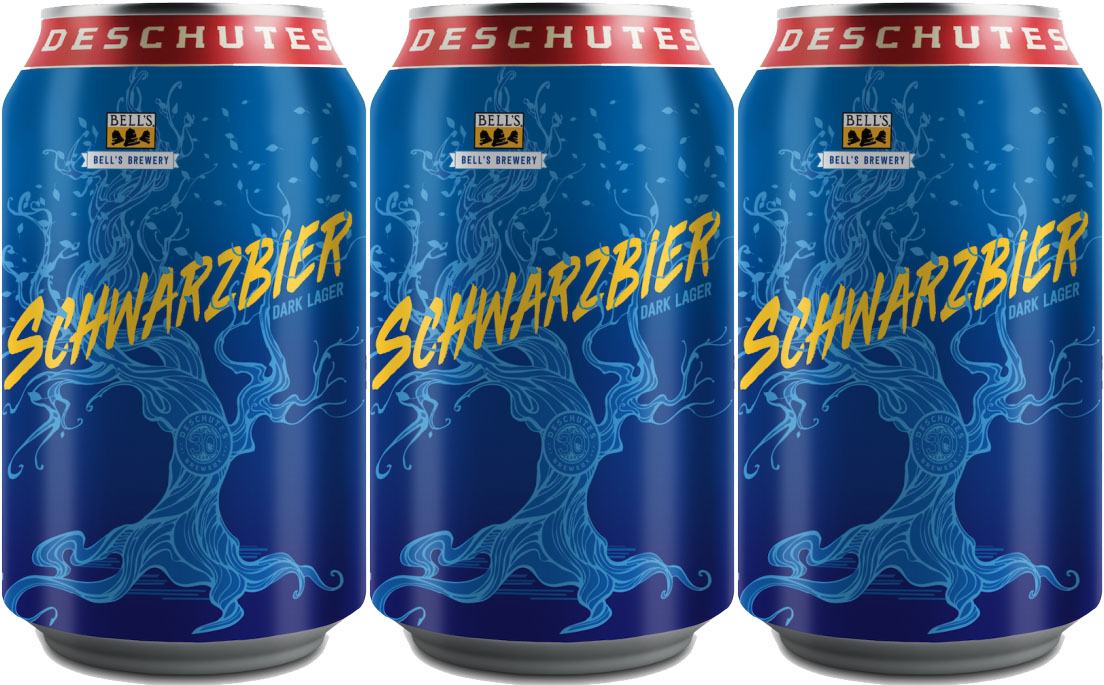 Schwarzbier is a Dark Lager with an ABV of 6.4%. This limited release will be available on draught and in 12 oz. cans packaged in 6-packs.

Deschutes’ Founder, Gary Fish takes pride in the success of the collaboration brewers after their time at Deschutes because they all, continue to make major contributions to the craft industry. “I’m glad they are pursuing their passion and have all been successful at it,” said Fish. “It speaks to their talent and perseverance. Every single one of them makes really good beer, and we’re proud of all of them.”

Tim was Head Brewer at Deschutes from 1990 until 1996. The recipe is a modified version of a recipe he created after leaving Deschutes.

“Deschutes Brewery launched my career in brewing and I have been forever grateful to have worked there. I was hired in 1990 for my science background and cursory knowledge of beer brewing and beer styles, Gossack said.

“But, I think I was truly hired for my strong back and hardworking farmer boy background. I could shovel mash, move full kegs and carry two bags of grain up the stairs at a time!”

The beer will begin shipping to Deschutes’ distributors in late August in states that Bell’s does and does not currently distribute to. The can will include the Bell’s logo and the story of this collaboration beer.