(San Leandro, CA) – After months of test batches and experimental releases, Drake’s Brewing Co. is excited to announce the special release of Brightside Extra Brut IPA in six-packs.Drake’s has played a pioneering role in the development of the new Brut IPA style since it emerged at the beginning of 2018 in San Francisco. The pale, dry, highly-carbonated, Champagne-esque beerhas quickly become an innovative platform for hop appreciation. 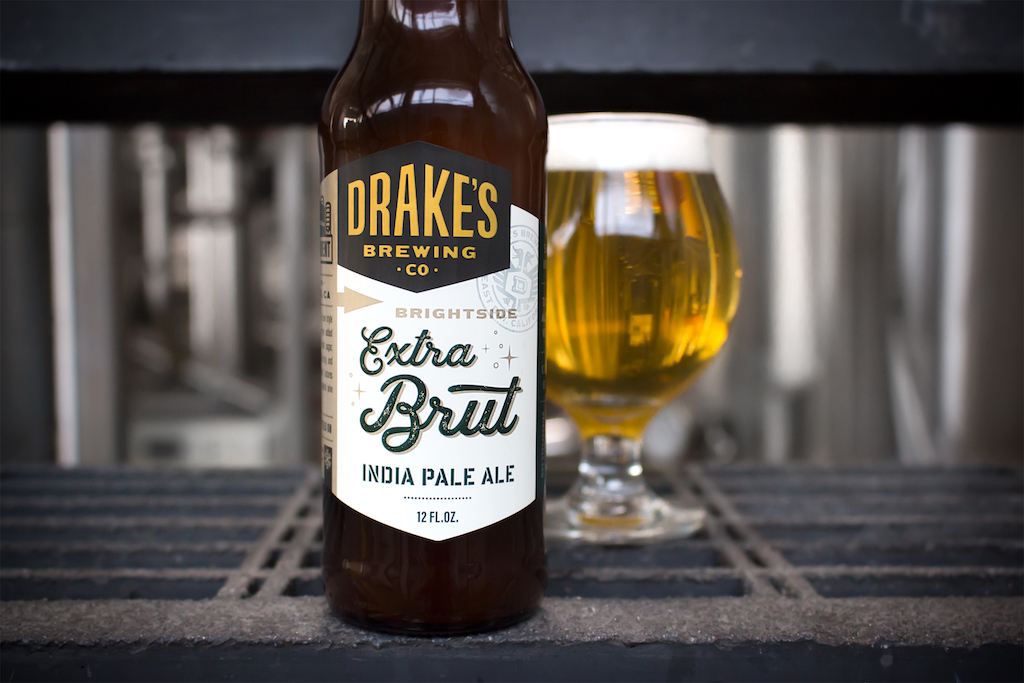 Drake’s Brewmaster, John Gillooly, was eager to experiment with Brut IPAs back in February.
“Brewing a hoppy beer with minimal body, and an extremely crisp, dry finish, was incredibly
appealing. As hop-heads we’re stoked. The Brut IPA style lets the hops shine in a wholly unique way.” Gillooly and the Drake’s brewing team created five different Brut IPAs before finding the right balance of hop flavor, bitterness, and body for Brightside.

This week, Brightside Extra Brut IPA will be packaged in kegs and bottled six-packs and will then start shipping to distributor partners throughout California. Six-packs will be available at Drake’s Barrel House and Dealership. Follow @DrakesBeer on Facebook, Instagram, and Twitter for the latestupdates.

About Drake’s Brewing Co.
Drake’s Brewing Co. is an independent craft brewery located in San Leandro, Calif., that has been
dedicated to bringing people together over great beer since 1989. Quietly situated in its gritty
warehouse environs, Drake’s has become known over the years for consistently producing a wide
variety of hop-forward craft beers. From the groundbreaking 1500 Pale Ale to innovative creations
like the Denogginizer Double IPA, and a growing collection of artisan barrel-aged and sour beers,
the brewery’s commitment to quality and integrity shines through in every beer. As one of the original craft breweries in the Bay Area, Drake’s is dedicated to supporting its community first and working tirelessly to bring its brand of quality beer to more people.