(Cloverdale, CA) – Challenge Series #10 A Myrcene IPA is the newest ale from Bear Republic Brewing Company and clocks in at 6.8% abv. This IPA has all the good stuff: citrus, pine, stone fruit and classic west-coast hoppiness. Two-row malt and wheat along with our house yeast create a balanced finish. 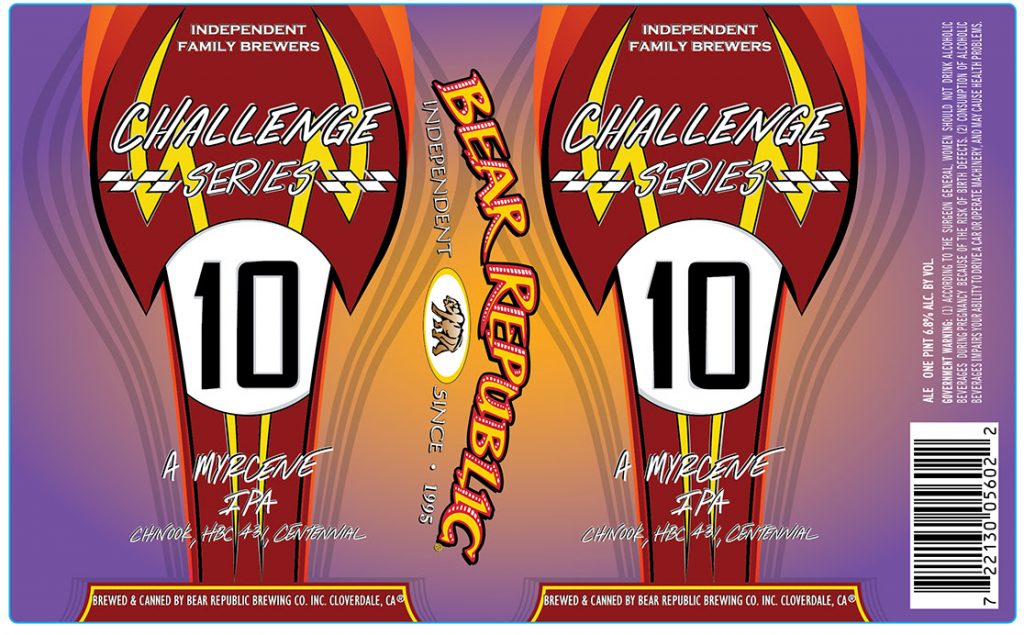 “A Myrcene IPA delivers an epic hop terpene experience, this tastes like an instant classic. Like all Challenge Series releases, this brew is the result of our freshest ideas and a cutting edge take on the IPA formula. We hopped this beer with over 4 pounds per barrel of Chinook, Centennial, and experimental hop HBC 431, all of which are high in myrcene, to deliver a spicy, piney, and citrusy punch,” said Bear Republic Brewmaster Roger Herpst. “I snuck some Amarillo in there, too. Those hops are amazing.”

Each addition in the Challenge Series lineup is a fresh take on trending ale styles, each beer tastes unique and only brewed once. Challenge Series #10 A Myrcene IPA clocks in at 6.8% abv and for best results keep it on ice for your next adventure. This ale is a late hopped, West Coast IPA that you will want to share with friends.

Founded by the Norgrove family nearly a quarter of a century ago, Bear Republic Brewing Company is one of the largest independent craft brewers in the United States. Visit www.bearrepublic.com/bear-tracker to find out how close you are to Bear Republic brews.