(Atlanta, GA) – Celebrate 26 years of craft beer in Georgia with the original Atlanta brewery – Atlanta Brewing Co. The brewery will host a party at their Upper Westside Atlanta taproom on September 28th starting at noon. The celebration is free to attend, with VIP ticket options available for purchase. 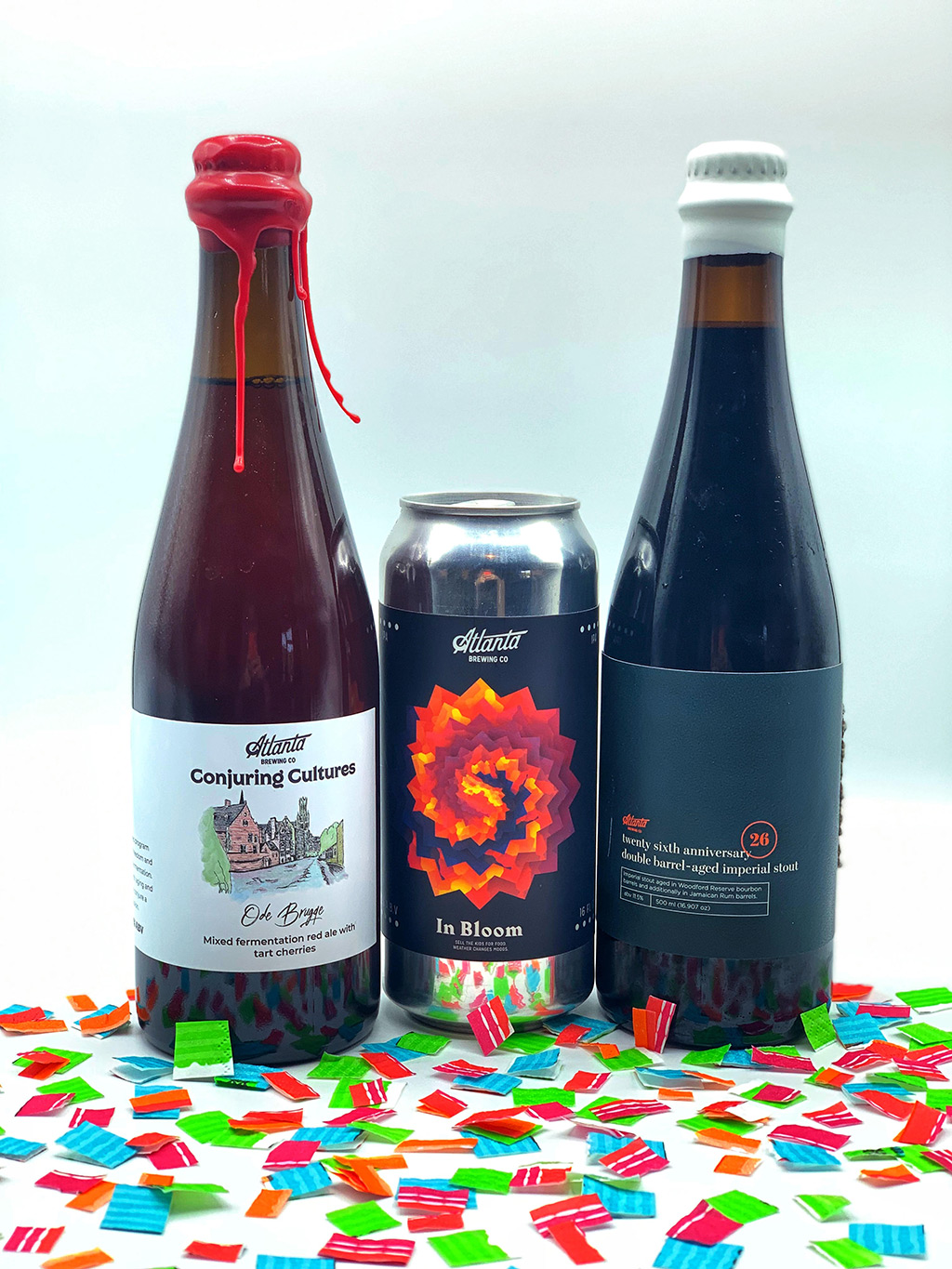 As part of the celebration, ABC will release 3 new beers. The 26th Anniversary Stout will be available on draft and in 500mL bottles. This Stout was double barrel-aged, first in Woodford Reserve bourbon barrels and then in Jamaican rum barrels.

“Giving the stout the time to rest on each of these spirit barrels has created a deep and flavorful beer that we are really excited to offer our customers in honor of our 26th anniversary” says Director of Brewing Operations Gavin McKenna. “This stout along with our other two anniversary releases – there will be something for everyone!”

In addition to the 26th Anniversary Stout, ABC will release the newest iteration in their Conjuring Cultures Series: “Ode Bruges” a mixed fermentation red ale brewed with tart cherries, which will be available in 500mL bottles. A fan favorite “In Bloom” IPA will be available as well on draft and in 16oz cans to go.

It wouldn’t be a party without music, and Atlanta Brewing Co is happy to host Nameless Nameless: Nirvana Reincarnated for the occasion. The band will go on at 7pm, with opening acts throughout the day. To round out the celebration Lil Bites Food Truck will be on-site, as well as Best Friends Pet Adoption with waived adoption fees for the day. Escape CamperVans will be out with one of their fully equipped premium vans, and will be raffling off a weekend trip.

Atlanta Brewing Co.’s Anniversary Party is free to attend, but for a VIP experience you can purchase tickets through atlantabrewing.craftcellr.com. This $50 ticket gets you early entry to the brewery (11am), beer tokens redeemable for 4 beer tasters of your choice, In Bloom IPA 4-pack and 26th Anniversary Stout Bottle to go, glassware, and a $10 food credit.

About Atlanta Brewing Co.
Atlanta Brewing Co was founded in 1993 at a time when there were only 200 or so microbreweries throughout the country. It has weathered 26 years in Atlanta, and are proud to be the oldest brewery in the state. With a focus on quality control and brewing innovative beers, Atlanta Brewing Co looks forward to serving the city it loves for another 26 years.