(Paso Robles, CA) –  With an infusion of freshly toasted coconuts and a touch of seasonal sorcery, Brewmaster Matt “Merlin” Brynildson has conjured up Coconut Merlin—a uniquely flavored brew for fall and winter. 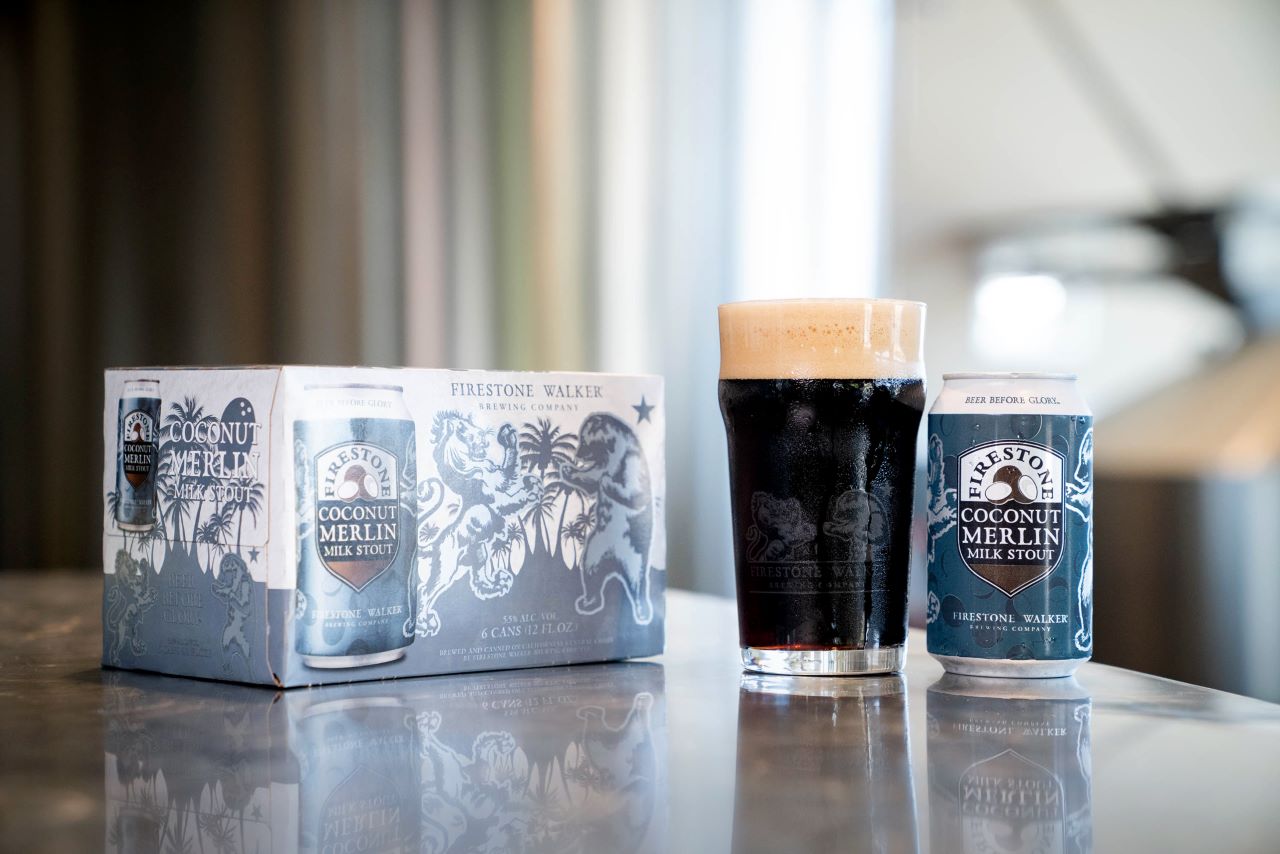 Coconut Merlin is the newest iteration of Firestone Walker’s signature “Merlin” milk stout. After rendering the beer as Mocha Merlin for the past two years, Brynildson and his team decided to change it up for 2019.

“Coconut and Merlin milk stout go together like peanut butter and chocolate,” Brynildson said. “Toasted coconut really complements the roasty, nutty character of this beer. It’s a perfect sipper for the fall season.”

The coconut addition comes after fermentation, with the new beer circulating through the shredded coconuts prior to final clarification and canning. Meanwhile, the inclusion of milk sugar in the brewing process adds dimension to the mouthfeel and helps knit everything together on the palate.

Said Ali Razi, Firestone Walker’s longtime production director, “We did a trial run on this beer and it was unbelievable—that’s what sealed the deal and prompted us to make Coconut Merlin our seasonal stout release for 2019.”