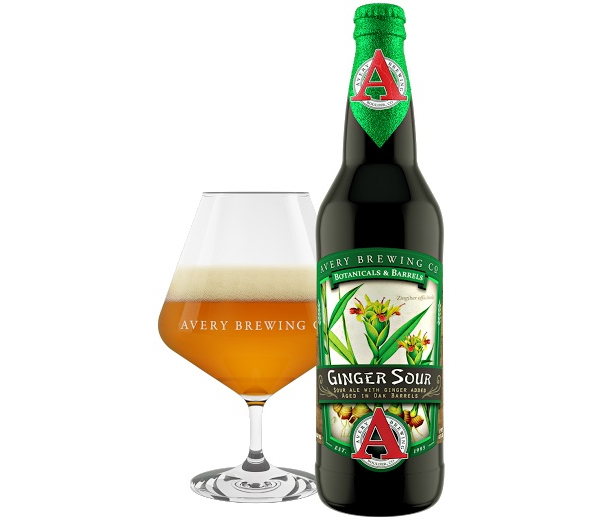 Ginger juice, hailed for its cleansing and restorative flavor, is being sourced from a local Boulder company, Pressery. “This beer is definitely on the spicy side because we are getting very fresh ginger juice from the Pressery and are using it within the first 24 hours”, says Andy Parker, Chief Barrel Herder at Avery Brewing Company.

Ginger Sour will prove to be a new flavor experience for a lot of people since it is quite different from the popular non-alcoholic ginger beer that most are familiar with. The tart, dry component of the sour shines through the spicy and herbaceous character of the ginger. Coupled with months spent aging in oak barrels, this beer is complex and earthy. It is the perfect palate cleanser and pairs extremely well with sushi and Asian-inspired dishes.

“We have been making ginger sours in the taproom for four years and every time we put one on tap, it instantly becomes one of our top sellers”, says Parker. “Since it is a new flavor profile for many craft beer drinkers, we sometimes have had to give a sample to those who are a little skeptical, but one they try it, they are always a huge fan”.

With the addition of Ginger Sour, the Botanicals & Barrels series is complete (for now). After many years of development, Avery Brewing is proud to display a line-up of six beers, Vanilla Bean Stout, Raspberry Sour, Tangerine Quad, Apricot Sour, Coconut Porter, and Ginger Sour, all aged in oak barrels for at least three months and only use real ingredients.

“We are not only focused on making our barrel program the biggest out there with annual production of multiple different styles of barrel-aged beer” says Adam Avery, founder and CEO of Avery Brewing, “but more importantly we are committed to making it the best and highest quality. I couldn’t be more excited to see the reaction of our fans when these barrel-aged beers get in their hands”.