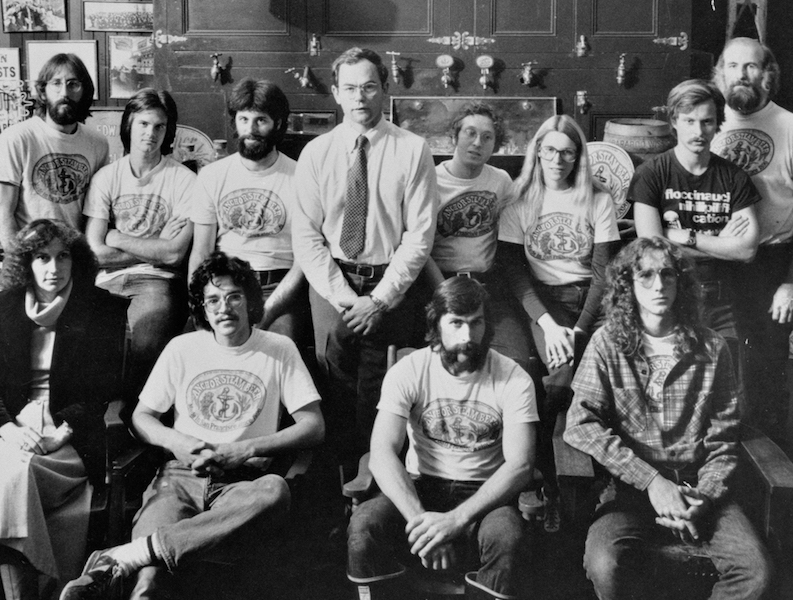 “Anchor Steam Beer is the foundation of both Anchor Brewing and the American craft beer movement,” said Anchor Brewing CEO and President Matt Davenport. “Throughout its 120-year history in San Francisco, Anchor has held steadfast to traditional brewing techniques and high quality standards, influencing and inspiring brewers and beer fans alike over the decades. Drink Steam Week is an opportunity to celebrate this legacy with the craft beer community.”

Anchor will kick the week long celebration off with the “Drink Steam Week Kick-Off Party” on August 14th at the Anchor Beer Garden at The Yard in San Francisco. For a full list of events and special offerings happening throughout Drink Steam Week, visit www.drinksteam.com.  #DrinkSteam

Grab an Anchor Steam and #RaiseYourAnchor to America’s first craft beer wherever you are!  Below is a short list of Drink Steam Destinations around the country:

Anchor Brewing Company’s roots date back to the California Gold Rush, making it one of America’s oldest breweries. Its Anchor Steam® Beer is San Francisco’s original since 1896. In 1965, Fritz Maytag acquired and revived the struggling brewery at a time when mass production of beer dominated and seemed unstoppable. Maytag started a revolution in beer that originated today’s craft beer movement. An undisputed icon, Anchor is America’s first craft brewery where beers are handmade in our traditional copper brewhouse from an all-malt mash. At Anchor, we practice the time-honored art of classical brewing, employing state-of-the-art methods to ensure that our beers are always pure and fresh. We know of no brewery in the world that matches our efforts to combine traditional, natural brewing with such carefully applied, modern methods of sanitation, finishing, packaging and transporting. To learn more visit www.anchorbrewing.com.