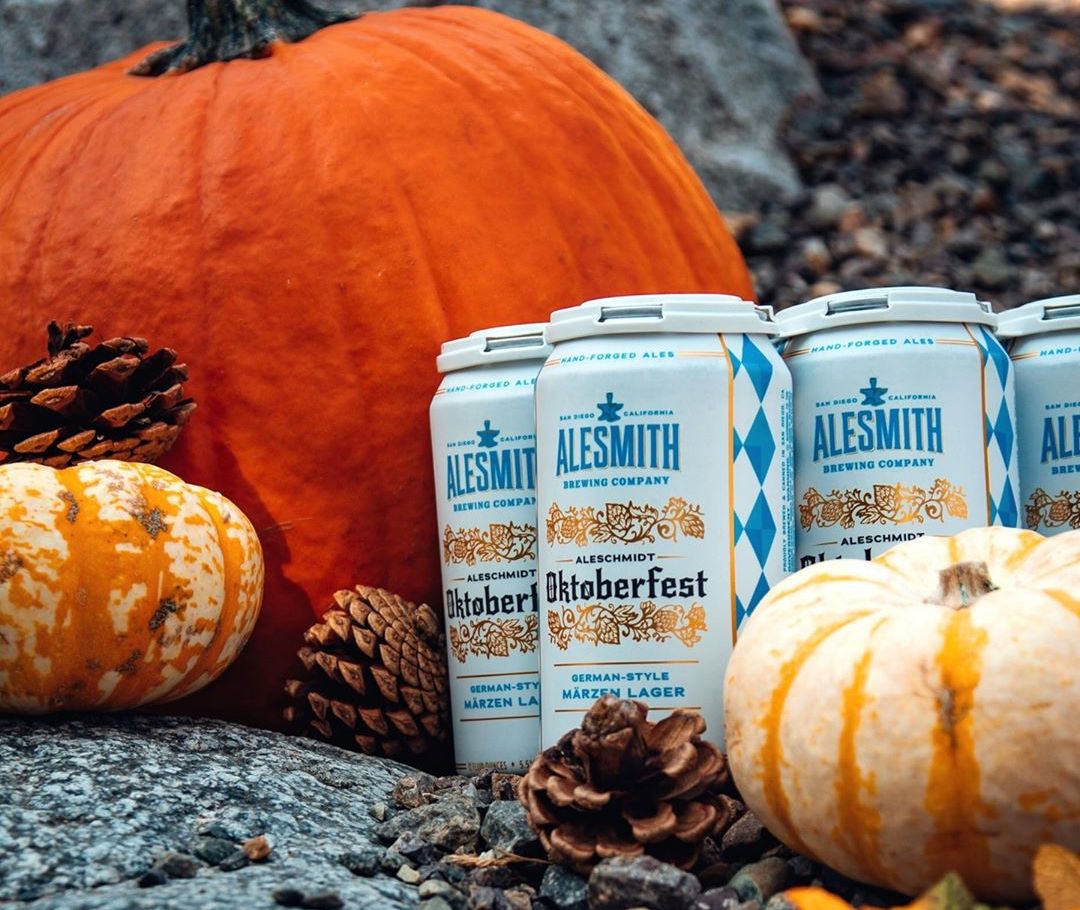 In keeping with company’s brewery-wide rebrand, fans of AleSmith may notice something a little different about the seasonal favorite this year. The new blue, white and gold-accented packaging is representative of the brew’s crisp and toasty malt flavor profile, which is now widely available on shelves all over California.

As AleSmith’s head of creative services and graphic designer, Elvin Piring says, “With our rebranding efforts coinciding with our 25th Anniversary year, it’s provided us an opportunity to redesign and reimagine our can lineup. Oktoberfest has remained one of our fan-favorite seasonals these last few years and it was fun to freshen up the packaging for this year’s release. Our team knocked the design out of the park with a classic, yet modern aesthetic that aligns with our new branding so well. It’s clean, elegant, and has character, much like the Marzen lager inside the can!”

Keep up with AleSmith Brewing Company:

Founded in 1995, AleSmith continues to be recognized by consumers and critics alike as one of the world’s foremost craft brewing companies, behind accolades which include medals won at prestigious national and international beer competitions. As a three-time winner of the Champion Brewery Award at the San Diego International Beer Competition, they received a Gold Medal in 2019 for Nut Brown English brown ale. Further recognition for individual beers includes a 2016 Gold Medal for Old Numbskull, and a 2017 Bronze Medal for Wee Heavy at the Great American Beer Festival. AleSmith is celebrating its 25th year in business and their state-of-the-art brewery occupies a 109,942 square-foot facility. AleSmith’s range of acclaimed beers, which includes Speedway Stout, Nut Brown Ale, and San Diego Pale Ale .394 is distributed in 28 U.S. states and eight countries.