(San Marcos, TX) – Roughhouse Brewing, a family-run farmhouse brewery located in the Hill Country outside of San Marcos, has started a beer program in a new kind of cellar–a natural, underground limestone cave. 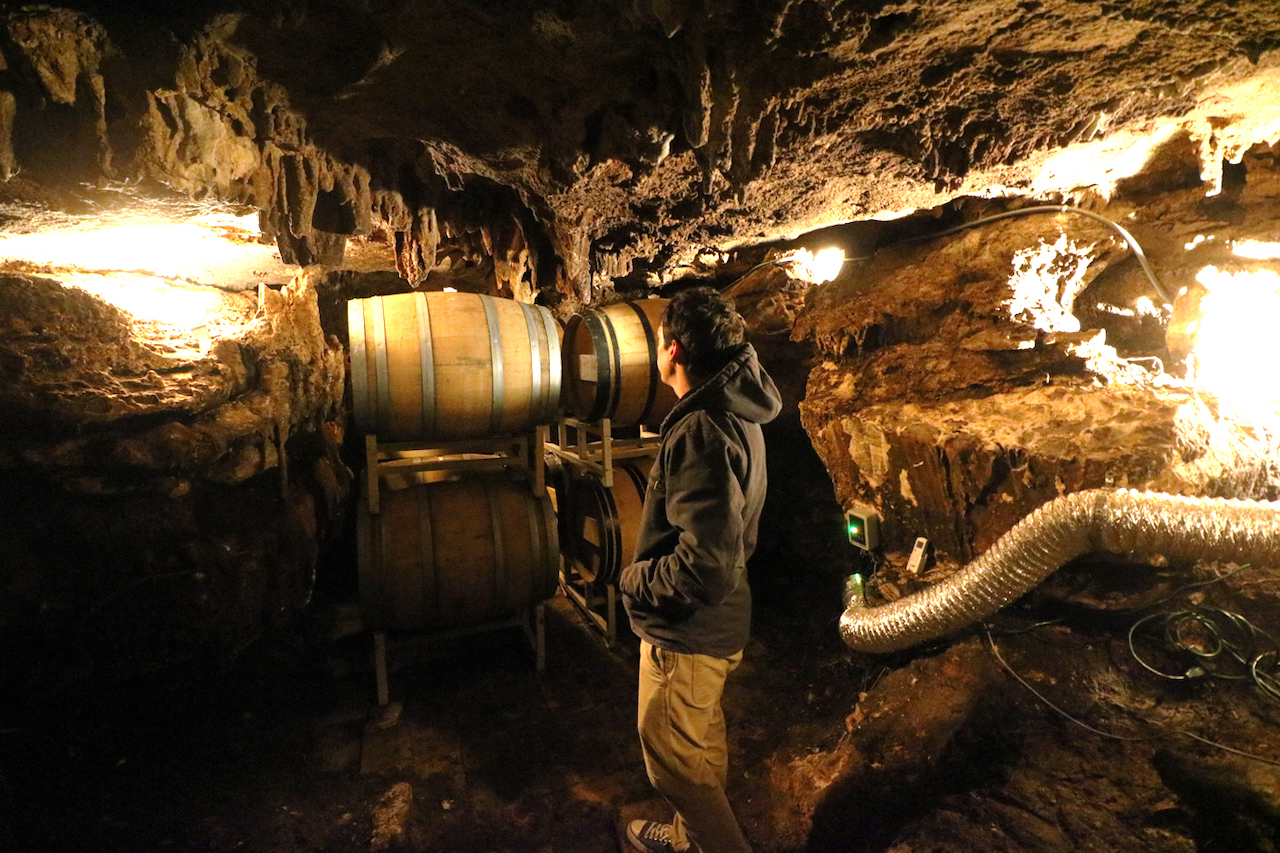 Discovered during the brewery’s development in 2018, the feature was full of trash and thought to be nothing more than a small sinkhole. After a long and careful excavation process, the small hole slowly gave way to an underground room, roughly 18-by-20-feet wide. With some minor site improvements, including a small slab and structure, a dehumidifier and lighting, the space became a natural cellar for fermenting beer and other goods.

In February 2020, before COVID-19 took hold, Roughhouse brewed its first beer destined for the cave: a collaboration with Jester King Brewery using their mobile coolship and aged hops. “We wanted to make a beer that honored the natural space we were given, and a spontaneously fermented beer using all Texas ingredients was the most honest way to do that.”

This beer marks the first of a series at Roughhouse, titled UNDERGROUND series, whereby beers will be 100% cave-aged and often spontaneously fermented. The cave will cellar other food products in addition to beer, as time goes on. Currently, the brewery is working on a 4-month cave-fermented hot sauce to be released by the end of the year.