(JUNEAU, AK) – The latest beer from Alaskan Brewing Company’s Pilot Series is Imperial Pumpkin Porter, just in time for the onset of fall in Southeast Alaska. Inspired by the harvest season and the huge vegetables produced by Alaska’s long summer days, Imperial Pumpkin Porter is big, bold, and full of rich pumpkin flavor. 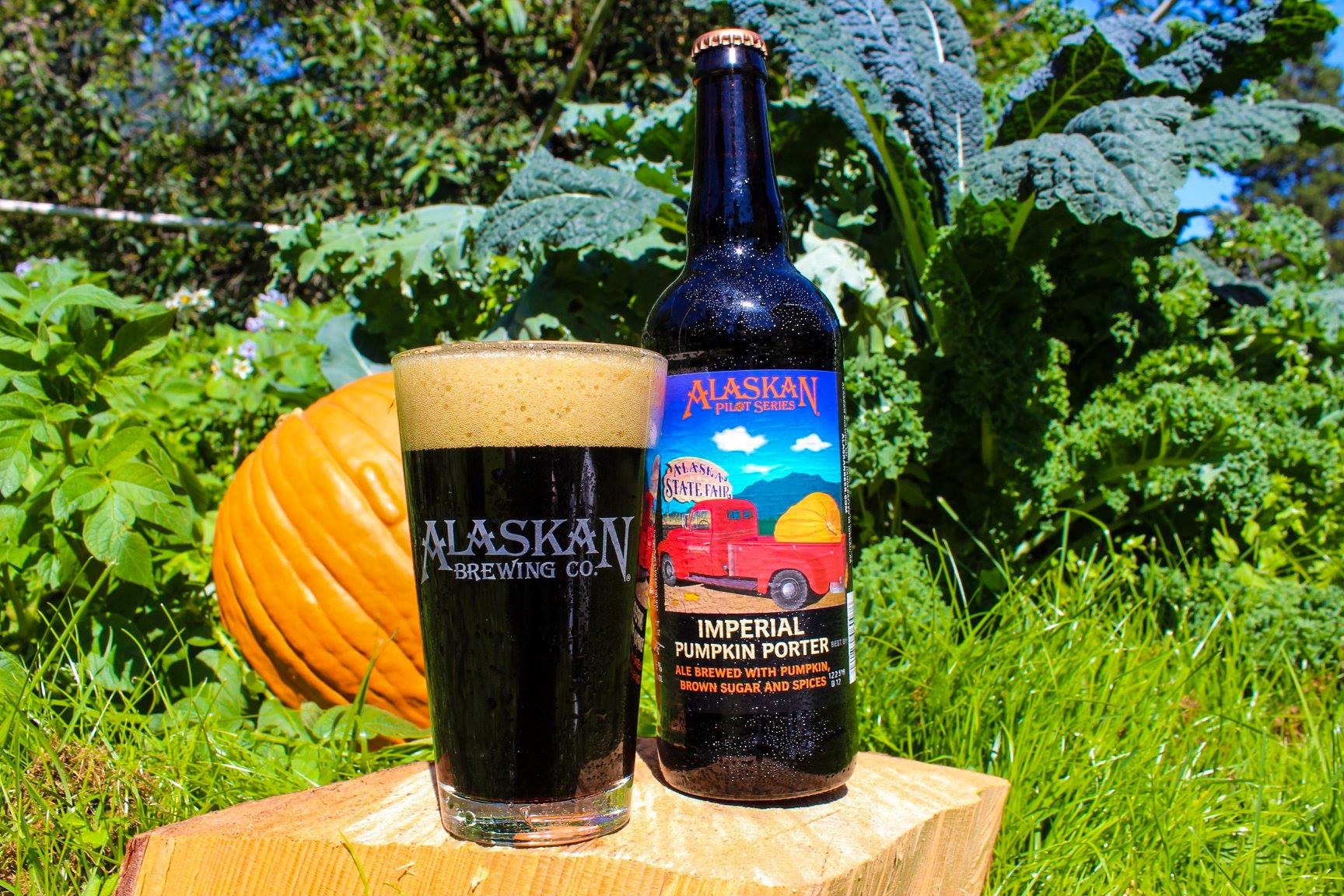 “While we’ve had a beautiful stretch of summer weather here in Juneau, there’s no denying that fall is right around the corner,” said Alaskan Head Brewer Rob Day. “This year, we took inspiration from some pumpkin beers we’ve brewed in the past, but bigger. We were kind of keeping the huge pumpkins grown up in the Mat-Su Valley in mind when we added over 11 pounds of pumpkin to every barrel of this imperial porter. We went a little pumpkin crazy, to be honest.”

Alaska’s long daylight hours produce some of the largest pumpkins in the world, which can weigh in at 1,200 pounds or more. The pumpkin’s smooth, velvety texture and slightly sweet flavor call to mind a holiday meal – perfect, as Alaskan recommends this beer be paired with harvest fare like turkey, sweet potatoes, and (of course) pumpkin pie.

“We wanted to make a pumpkin beer that was on the bigger side, not too sweet, and that could stand up to pairing with hearty holiday meals,” remarked Day. “Plus, most people instinctively reach for robust, comforting beers as the days get shorter and the weather gets colder. By making an amped-up, imperial version of our Pumpkin Porter, we definitely checked all those boxes.”

Imperial Pumpkin Porter is a new version of 2014 fan favorite Pumpkin Porter. With a higher ABV (8.5%), it embodies the same smooth, robust pumpkin flavor and slightly smoky aftertaste with the inclusion of Alaskan’s signature alder-smoked malts.

Alaskan Brewing Co. was founded in Juneau, Alaska, in 1986 by Marcy and Geoff Larson. Then 28, they solicited help from about 80 investors to form the country’s 67th independent brewery at the time, the first since prohibition in Juneau. Though founded in 1986, its history reaches back to the Gold Rush Era, from which many recipes draw inspiration.