(JUNEAU, AK) – Alaskan Baltic Porter is a fan favorite from previous years, and it’s back as the latest addition to Alaskan Brewing’s limited Pilot Series. Baltic Porter is an expression of the inky darkness of the winter season in Alaska, a deep, dense beer with an intricate array of aromas and flavors. 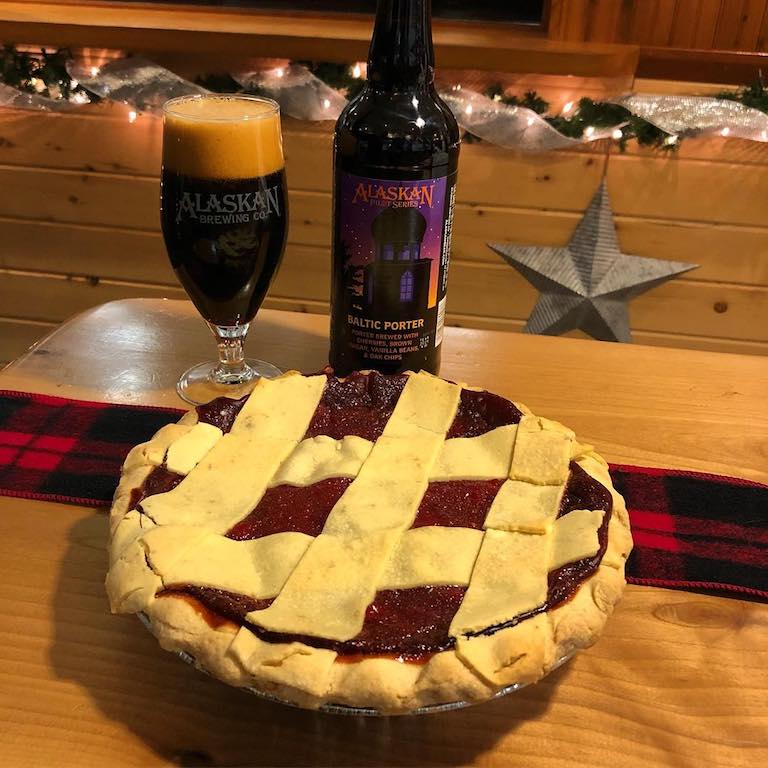 “We get asked about this beer all the time, and it’s a great one for the winter and holiday season, with a lot of specialty malts, dark black cherries, and gourmet vanilla beans,” said Alaskan Head Brewer Rob Day. “We’ve always brewed it to be something that people can drink right away, or if you’re patient, it can be aged for several years.”

Aging allows it to develop rich, new flavors, highlighting some notes while others mellow. First brewed in 2008, and again in 2009 and 2012, fans have aged every vintage of Alaskan Baltic Porter, enjoying this rare beer on special occasions and in vertical tastings.

Smooth, deep maltiness abounds in every sip, with a rich mouthfeel and vanilla intensity, and an undeniable warming from this 9.8% alcohol-by-volume porter. The jet-black color comes from the deeply roasted malts, with hints of cherry and dried fruit, and notes of bourbon and toffee present from start to finish.

“Baltic Porters are known for their strong, flavorful characteristics – they were originally brewed stronger and more hoppy than many other beers to endure the trip to remote communities along the Baltic Sea,” remarked Day. “This beer is intended to be robust, with toasted French oak, and dried fruit notes and a warmth that can be very welcome on dark and cold winter nights even today!”

The name and label of Baltic Porter pay tribute to the Russian period of Alaska history, with the copula of a Russian Orthodox church featured prominently. These traditional onion-domed copulas are still present in many communities in Alaska, as well as other settlements along the Baltic Sea.