Against the Grain Takes Aim at Big Beer with ‘A Beer’

(Louisville, KY) – Not for the first time, Louisville’s Against the Grain is well, going against the grain of craft beer. Instead of catering to an existing fan base of hop-loving, Untappd-updating brewery regulars, Against the Grain wants to reach a new audience. Specifically, people who take “beer snob” as an insult. Would you be interested in more information about how AtG is expanding its offerings to reach a broader audience? 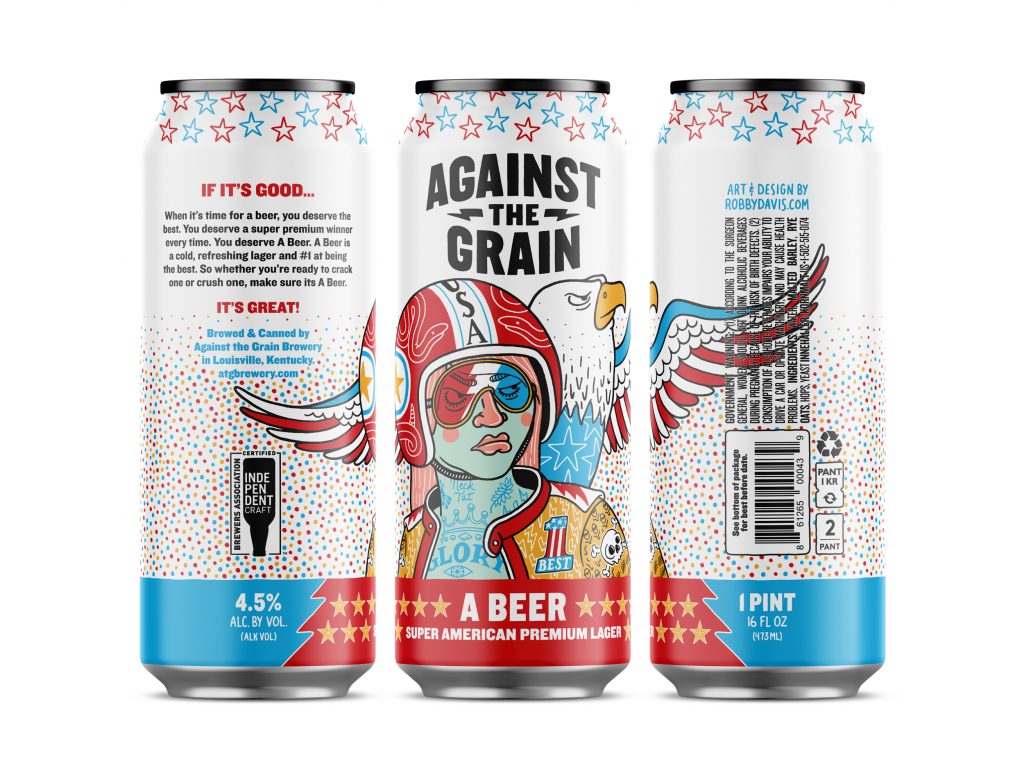 In May, AtG launched “A Beer”, a new Super Premium American Lager with distribution across the state of Kentucky. A Beer is available now at restaurants, brew pubs, bars and liquor stores in many Kentucky cities including Louisville, Lexington, Bowling Green and more.

A crisp, dry and refreshing lager with gentle citrus aromatics and at 4.5% ABV, A Beer is an easy summer sipper.

“This is a beer for the people, by the people, to enjoy with the people you want to hang out with,” said co-founder Sam Cruz. “We wanted to brew a beer for everyone to enjoy and to show big beer what an American lager can be — what it should be.”

Brewed with four kinds of malts – Pilsner, Caramel Pilsner, and Munich, A Beer also features six hop varieties including Calypso, Hallertau Blanc, Mandarina Bavaria, and Centennial. A Beer will retail in four-packs of 16 oz cans at the manufacturer’s suggested retail price of $10.

Squarely targeting mass-market beer drinkers, Cruz said A Beer shows how Against the Grain can adapt but still stay true to themselves. So far, the brewery has sold every drop made of A Beer.

Against The Grain Brewery & Smokehouse is located in the southeast corner of Louisville Slugger Field at the corner of Jackson and Main Street. It is a former train station that features beautifully ornate industrial architecture, lending to the beauty of the dining room and brewhouse. Inside you will find one of the nations only operational, Victorian styled and 3 story ‘showpiece’ brewhouses. The copper clad 15 barrel brewhouse is complimented by eclectic pieces of art produced by Louisvillian artists.