(Raleigh, NC) – Big Boss Brewing to release new sour pineapple ale this Thursday June 27th.  The beer is available in kegs to customers all over North Carolina and a limited number of 100 bottles will be available at the taproom at a first come first serve basis. 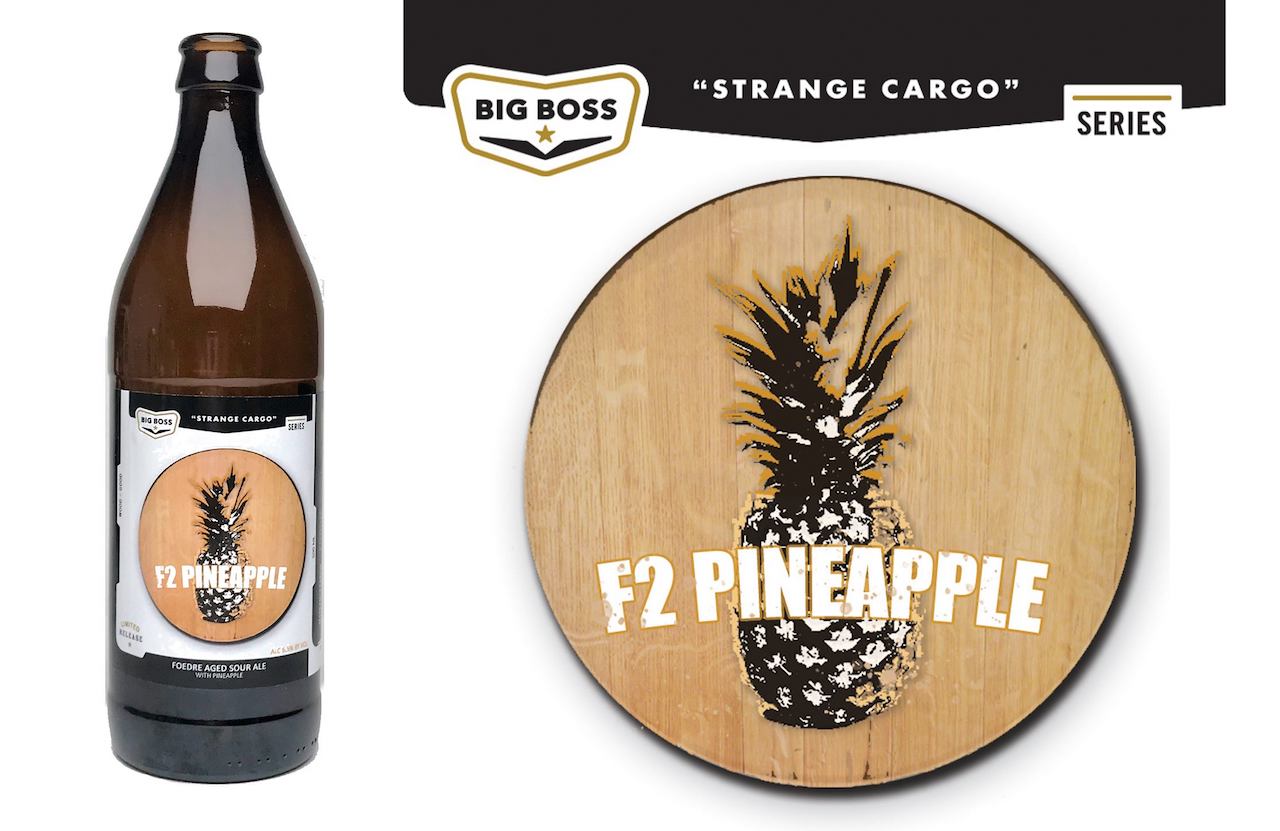 “The beauty of this beer is the base beer itself!  Aged in these massive oak tanks,  this amber ale provides a hearty foundation to big fruit additions” said Big Boss cellarman John Pyburn who supervised the project.

The beer is called F2 Pineapple and is released as part of the “Strange Cargo“ series of oak aged ales.   F2 Pineapple was created by combining matured oak foedre base sour ale with young amber ale into a 50/50 blend.  The addition of fresh pineapple puree brings out a natural tiki bar inspired flavor to the brew.

About Big Boss Brewing
Big Boss Brewing Company was founded by Geoff Lamb in 2006 and shipped it’s first beers in the 2nd quarter of 2007.  Local household favorites emerged in the form of Bad Penny Brown Ale, High Roller IPA.  The company continues to expand their portfolio of barrel aged beers, and now canning new beers, while maintaining a focus on their home base of North Carolina.

About The Strange Cargo Series
Our bourbon, wine, tequila and brandy barrel aged beers are worth the wait. Brews from the wall of oak barrels and two Italian made foedres will be offered periodically and in limited allocations on draft and in our signature single serve package.