(COMSTOCK, MI) – The 8th Annual Bell’s Homebrew Competition Kick-off and Expo will be held this year on Sept. 9 at Bell’s Eccentric Café in downtown Kalamazoo. 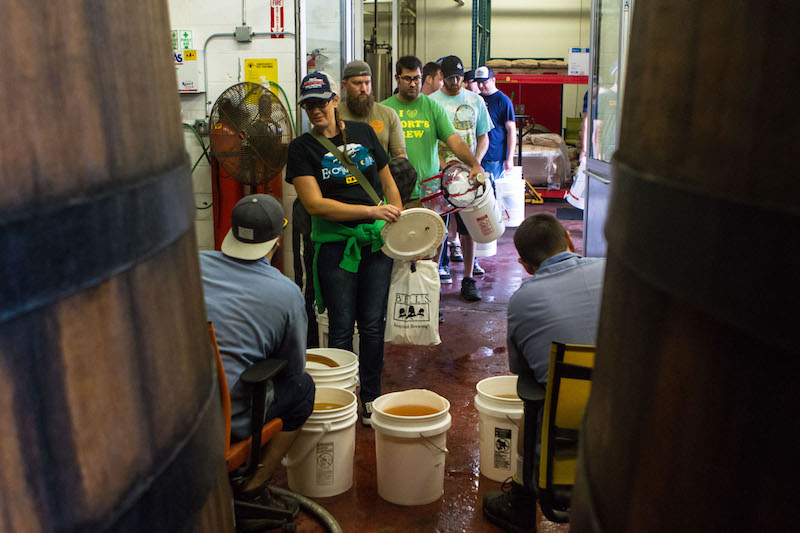 The homebrewer who takes first place will get to brew their recipe at Bell’s original brewery to then go on tap at the adjacent Café.

The first place winner will also attend the Great American Beer Festival in Denver, Colorado as a guest of Bell’s Brewery. That person will team up with Bell’s for the 2018 Pro-Am Competition and attend both the awards ceremony and members’ only session.

Bell’s will cover the cost of airfare to Denver and back (must be within the continental U.S.) and provide lodging for two nights.

“Our General Store has been supporting homebrewers for more than 30 years, longer than we’ve been brewing. We are extremely proud to be able to offer this unique opportunity to those who share the same passion that set us on our own journey,” said Laura Bell, CEO of Bell’s Brewery.

As in previous years, there is no cost to enter the competition and the only requirement is that you use Bell’s wort, which will be available for free at the kick-off, while supplies last.

This year’s Expo will run from 11 a.m. until 1 p.m. and will feature Blichmann Engineering, Briess Malt, Pilot Malt House, the Brewers Association and others.

Sign-up times for wort pickup will begin at 11 a.m. It will be distributed beginning around 1 p.m., first come, first served. In past years, more than 200 homebrewers have been able to receive wort.

Competition entries (four 12 oz. bottles) are due to the Bell’s General Store by 7 p.m., Sunday, October 29.

The 2016 winning recipe, from Evan Monroe of Three Rivers, Michigan, will be tapped for the first time at 2 p.m. on Aug. 13 at the Café. Freedom of Peach is a hoppy Saison brewed with peaches. All are welcome and encouraged to stop by the Café and try this first-place homebrew recipe (those 21-and-up).

2011: A Bit of Heat from Geoff Groff, brewed with paradise seeds, rose hips and habaneros.

Bell’s Brewery, Inc. began in 1985 with a quest for better beer and a 15 gallon soup kettle. Since then, we’ve grown into a regional craft brewery that employs more than 500 people over a 31 state area, in addition to Puerto Rico and Washington DC. The dedication to brewing flavorful, unfiltered, quality craft beers that started in 1985 is still with us today. We currently brew over 20 beers for distribution as well as many other small batch beers that are served at our pub in Kalamazoo, the Eccentric Cafe. Our ongoing goal is to brew thoughtfully, creatively and artistically. 100% family-owned and independent, we strive to bring an authentic and pleasant experience to all of our customers through our unique ales and lagers. For more information, please visit bellsbeer.com.